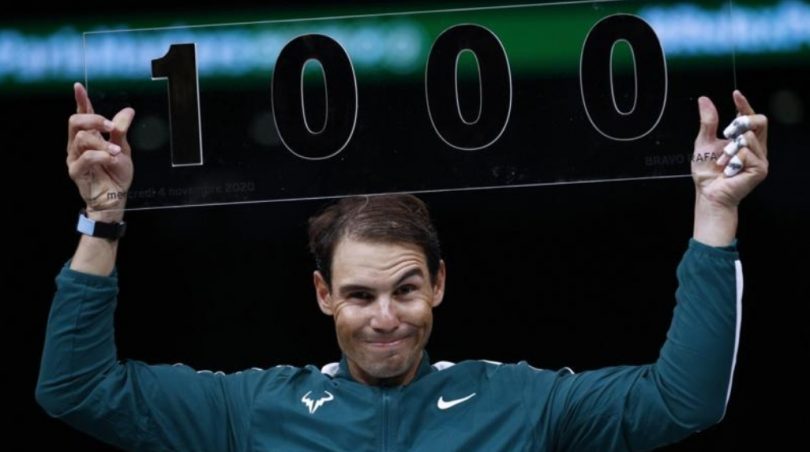 Rafael Nadal has expressed gratitude for the privilege to still be playing even at the age of 34 as he clinched his 1000th win in ATP Tour.

The Spaniard defeated fellow Spaniard Feliciano Lopez at the Paris Masters to join the class of 1000’s, becoming the fourth player to do so.

Asked whether he was proud to still be playing at a high level, Nadal said: “Probably yes. I have faced some challenges in my career in terms of injuries.

He added: “To arrive at that number I must have done a lot of things well.”

Nadal will play either Borna Coric or Jordan Thompson in the last 16 at the Paris Masters.