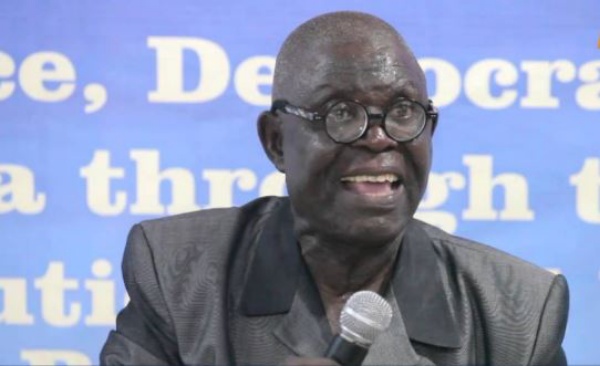 The National Democratic Coalition (NADECO) has advocated a return to the federal system of governance in order to redress the underlying issues bedevilling the country.

This call was made by the NADECO National Secretary, Ayo Opadokun, on Wednesday, during an interview with AriseTV monitored by Ripples Nigeria.

In response to a question about rotational zoning and possible presidential candidates in the 2023 elections, Opadokun pilloried the politicians for their “misdirected and misguided ambitions” while calling for a revamp of the country’s system of governance.

He said, “NADECO considers these so-called permutations and ambitions of politicians as misdirected and misguided. The concern of NADECO is that Nigeria must return to Federal Constitutional Governance (federalism). It is very appropriate for a heterogenous space like Nigeria with different people, cultures and all to return to this system of governance. The replacement of that system which centralised power by military coup has been the major disaster that befell the country.

“This was because every region was developing at its uniform and productive pace before the violent interventions by the military. All these selfish agitations of the politicians make no sense if you consider the antecedents since the return of democracy in 1999.

“How do you reconcile the vast resources of the country with the present appalling state of affairs? What the military entrenched in the psyche of the people is that it is legitimate to use force for selfish and political gains.

“The politicians who took over after the older ones fought the military have yet to show the consciousness required to lead the country out of the doldrums. All these politicians are disappointments.”

The NADECO spokesman further explained that a request for a referendum has been submitted to the United Nations while blasting the legality of the 1999 constitution.

“The response of the UN are according to the protocols; the various bodies that ought to meet for a review of our request are still organising the processes. The USA Senate, Committee of Foreign Affairs, is looking into the issue of a referendum as requested by NADECO. Nigeria is an unsustainable state and things cannot go on like this.

“It is a false premise that elections solve all problems and they are not the solutions to the Nigerian problems. NADECO will not cosign any election under the 1999 constitution since it was forged by the Military.”