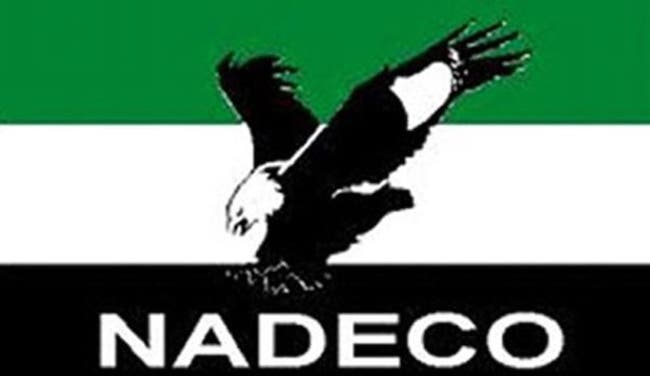 The National Democratic Coalition (NADECO) on Friday faulted the Nigerian constitution, saying the document has entrapped some ethnic groups in the country.

In an independence message signed by its General Secretary, Ayo Opadokun, the group lamented that since the January 1966 military coup, “politicians in khaki” had halted the country’s progress, and development.

It urged the United Nations to supervise the conduct of a referendum to ascertain the wishes and aspirations of entrapped, humiliated, and oppressed ethnic groups in Nigeria.

NADECO claimed that the current administration preferred to trivialise the genuine demands of entrapped groups in the country.

The group decried the killing, maiming, and kidnapping of several thousands of Nigerians including school children by herdsman, Boko Haram insurgents, and bandits in communities in the North-Central, North-West, North-East and Southern part of the country without manifest counter-action by the government to check the situation.

The statement read: “It is needless but necessary to restate that the centralisation and unitarisation of Nigeria had since created injustice, unfair play, inequity, wanton disregard, and disrespect for the rule of law.

READ ALSO: INSECURITY: We are taking the fight to the enemy and winning —Buhari

“The Nigerian State has failed to provide security for lives and property a fundamental right which is its primary responsibility under the UNO Protocols, African Charter on Peoples’ Rights, and its domestic legislation.

“President Buhari’s led government had frustrated in Nigeria any legal avenue where the entrapped ethnic nationalities can seek redress for the many instances of humiliation, repression, hounding and subjugation of the majority of Nigerians by the sectional dictates and wishes of his Fulani controlled security agencies and outlaws.

“NADECO hereby requests the UN, its Security Council and other Global bodies to critically accept that their failure to act timeously on these legitimate demands for their intervention may tantamount to an invitation to possible national conflagration and unmanageable national crisis which may result into consequential deleterious situations on the West African Sub-Region, the African Continent and the World in general.

“Let it be remembered that Nigeria as the most populous black nation in the world has about 200 million citizens residing in a suffocating geographical and political space, the possible reaction of the entrapped ethnic nationalities who are already overwhelmed with repression, discriminations on religion, gender, ethnicities can quickly result to national upheavals, forced dispersal, and migration with their attendant global consequences.”