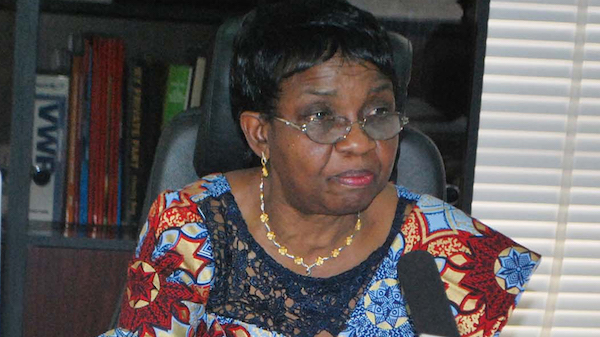 The National Agency for Food and Drug Administration and Control (NAFDAC) has destroyed various categories of harmful products worth about N515.7 million in Gombe State.

Speaking at the venue of the exercise on Saturday, the Director-General of NAFDAC, Prof. Christianah Adeyeye, said the items were from the six states in the North-East.

According to Adeyeye, the products that were destroyed comprised of substandard, fake, and falsely labelled unwholesome food products and chemicals, including antibiotics, antihypertensive, anti-diabetic, and anti-malaria drugs.

Others were spaghetti, vegetable oil, non-alcoholic beverages, body cream, fake insecticide, and fertilisers, among others.

Represented by the Coordinator of NAFDAC in Bauchi State, Mrs. Josephine Dalym, the DG said the destruction of the products would eliminate the risk of their reintroduction into Nigerian markets.

She gave the assurance that NAFDAC would sustain its collaboration with other regulatory agencies and stakeholders to rid the region of fake and harmful products.

READ ALSO: NAFDAC approves use of Pfizer vaccine for Covid-19

Adeyeye also drew the attention of the public to the emergence of counterfeited COVID-19 vaccine in the continent and appealed to the general public to cooperate with NAFDAC in its effort to eradicate the menace of drug and substance abuse from society.

In his remarks, NAFDAC’s Coordinator in Gombe State, Gonzuk Bedima, said there was a synergy between NAFDAC and other regulatory agencies in the state, however, he called for the continued support which he said would go a long way in regulating the circulation of unwholesome products in the market.

“Let’s join our hands together to save lives and have zero tolerance of unwholesome, fake, and counterfeited products,” he said.