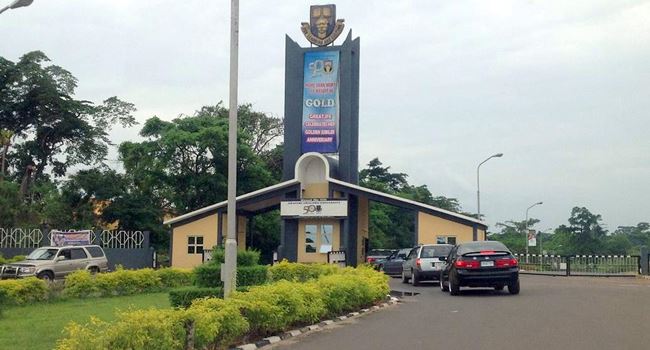 The National Association of Nigerian Students (NANS) has said it would only call off its planned mass protest in the Obafemi Awolowo University (OAU) Ile-Ife, only if its conditions are met by the school management, over the suspension of the Students’ Union Government in the institution.

According to a statement released by the Public Relations Officer of NANS in South-West, Kazeem Israel, on Thursday, the association gave their conditions after meeting with the management of the institution.

It would be recalled that NANS had given a seven-day ultimatum to the management of OAU and other institutions in the South-West to reinstate their students’ union.

Reacting to their demand, the OAU management disclosed plans to reinstate its students’ union after its Senate meeting.

Ripples Nigeria gathered that during the meeting with the OAU management, officials of NANS threatened that it would mobilise students en masse, to the university campus if no positive outcome was gotten from the Senate meeting.

Also, it was gathered that many aggrieved students’ leaders across the South-West have put pressure on the leadership of NANS to lead a mass protest in OAU over the students’ union suspension.

Israel in the statement said NANS delayed its decision to hold the mass protest because it hoped that OAU’s management would fulfil its promise.

The statement read, “It is public knowledge that the leadership of NANS Zone D, in fulfilling the mandate placed on them by the mass of Nigerian students in the Zone, had, on the 6th of this month called on the management of Obafemi Awolowo University, Ile-Ife, and the management of LASPOTECH, YABATECH and UNILAG to reinstate the institutions’ suspended Students’ Unions within seven working days.

“The seven-day ultimatum elapses today (Thursday) and we are expected to signal all organs of the association that are already on red alert to mobilise heavily to Obafemi Awolowo University to demand the unconditional reinstatement of the Students’ Union till our demand is met.

“It is instructive to note that the management of Obafemi Awolowo University through the Division of Students’ Affairs replied the leadership of the Zone and the entire Nigerian students in the institution via a circular that processes to ensure the reinstatement of the Students’ Union had begun even before the ultimatum was issued.

“However, the Division of Students’ Affairs of the institution called for a ‘truce’ meeting with the leadership of the association in the Zone to discuss issues as regards suspension and reinstatement of the Students’ Union.

“The leadership of the Zone, during the meeting, maintained that the Vice-Chancellor of the University should communicate the general public via a written statement that the Students’ Union of the institution has been reinstated at the latest, Friday, after the conclusion of the University’s Senate meeting where resumption of students is meant to be discussed.

“Both the DSA and the CSO assured the leadership of the Zone that the VC shall communicate adequately.”

Ezekwesili’s son dares Omojuwa in war of word with mother