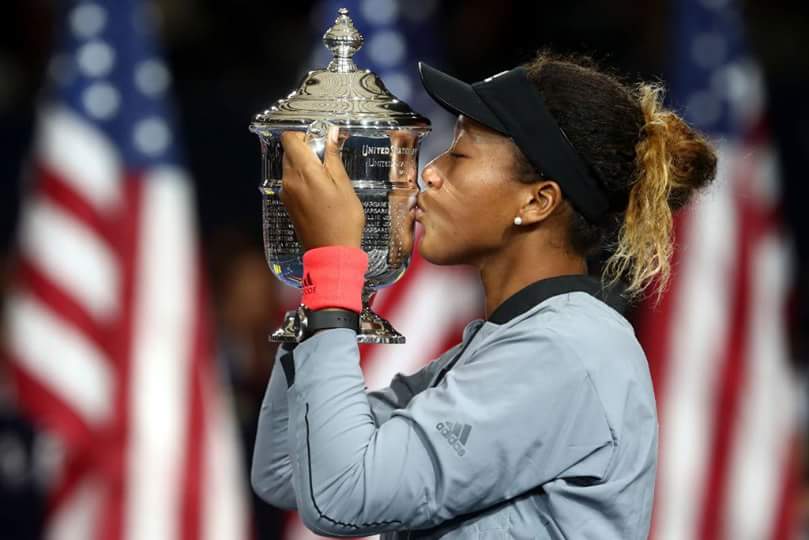 Naomi Osaka defeated Serena Williams in the final of the US Open to become the first-ever Japanese Tennis player to win a Grand Slam Singles title.

Osaka’s 6-2 6-4 victory over her childhood idol in New York was overshadowed by Williams’ outburst following decisions from umpire Carlos Ramos.

The anger that led to a toxic atmosphere all started when Williams’ coach Patrick Mouratoglou made a hand gesture towards her during the second set – an act that is against the rule, as on-court coaching is allowed in WTA events but not in Grand Slams.

Williams received a code violation for that, and a penalty point for racquet smashing and also a game penalty for calling the umpire a “liar” and a “thief” as the match continued.

Having been beaten at Wimbledon final months ago, Serena fails for the second time being at the edge of equalling Margaret Court’s record of 24 Grand Slam singles titles.

The 36-year-old American however congratulated Osaka at the net after the 20-year old completed an extraordinary victory.

“It was always my dream to play Serena in the US Open finals so I am really glad I was able to do that,” Osaka said after her triumph.

“I’m sorry it had to end like this,” she added.

Afterwards Serena said it was “sexist” to have been penalised a game.

“He’s never taken a game from a man because they said ‘thief’,” the former World No. 1 said after the match.

“But I’ve seen other men call other umpires several things.

“I’m here fighting for women’s rights and for women’s equality and for all kinds of stuff.”

The 23-time Grand Slam champion added: “For me, it blows my mind. But I’m going to continue to fight for women and to fight for us to have equal.

“This is just an example for the next person that has emotions, that wants to express themselves and wants to be a strong woman.

“They’re going to be allowed to do that because of today. Maybe it didn’t work out for me, but it’s going to work out for the next person.”