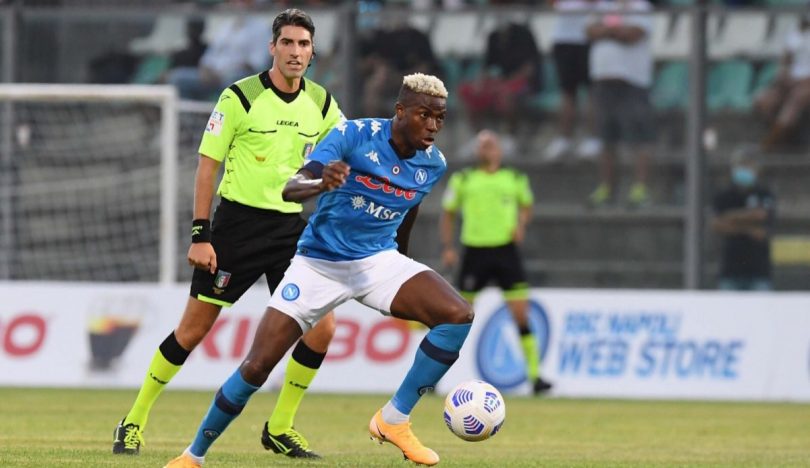 The 21-year-old recently completed a move to the Serie A from Ligue 1 side Lille, and is set to make his debut in the Italian topflight.

Napoli will be playing away to Parma this weekend as the Serie A season begins.

Napoli are scheduled to face champions Juventus on October 10, and the game will see Osimhen come up against Ronaldo for the first time in his career.

“Playing against the likes of Cristiano Ronaldo is something one can eagerly wait for.

“While at Lille, I had the opportunity of playing against some of the best players in the world like Neymar, Kylian Mbappe and it would definitely be a whole great experience to play against Ronaldo, who is one of the greatest players on earth.

“So, I’m looking forward to facing him soon.”

During their pre-season tour, Osimhen scored six goals and provided one assist.