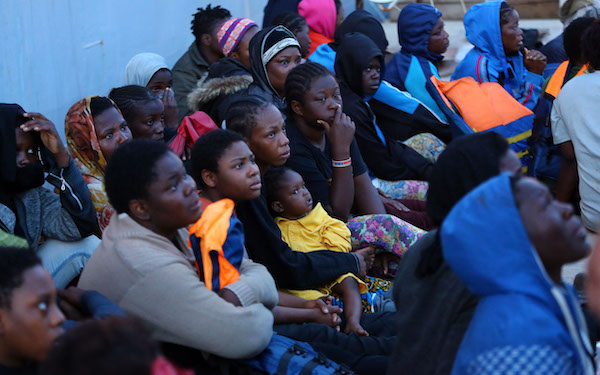 The National Agency for the Prohibition of Trafficking in Persons (NAPTIP) on Wednesday demanded that the government put in more resources and commendable fiscal appropriation to tackle the issue of human trafficking.

The Director-General of the agency, Julie Okah-Donli, made the call at a news conference on Wednesday in Abuja to herald the 2019 World Human Trafficking Day billed for July 30.

The NAPTIP boss maintained that the government must put in implementable legislation and well-coordinated advocacy to tackle the menace.

Okah-Donli said it was heartwarming that NAPTIP had already called government at all levels to action, in line with the UN conceived theme for the year.

She also revealed that the agency had started setting up task forces against human trafficking in the 36 states of the federation to strengthen the country’s response to the scourge.

The Director-General said NAPTIP had also enhanced the involvement of various levels of government to address issues of human trafficking from the grassroots.

She added that most victims of trafficking were often recruited from remote parts of the country, taking advantage of the peoples’ vulnerability and the lack of sufficient information.

She said that the agency had commenced advocacy to various states and local governments on the need to domesticate laws that had to do with issues of human trafficking.

She called for the promulgation of other relevant laws that would aid the fight against human trafficking.

Mr Franz Velestine, the Country Director, UN Office on Drugs and Crimes (UNODC), urged Nigerians to guide against human trafficking in their domains.

According to him, religious leaders, traditional rulers and Civil Society Organisations should support the fight against the menace.

He added that “our programmes are comprehensive; working together to support the Nigerian government to achieve Sustainable Development Goals (SDGs) is our target.

“Well managed policies, peaceful societies and justice for all are our drives.”

He reiterated the determination of UNODC to continue to support the Federal Government towards fighting the menace.

Related Topics:human traffickingNAPTIPNational Agency for the Prohibition of Trafficking in PersonsWorld Human Trafficking Day
Up Next