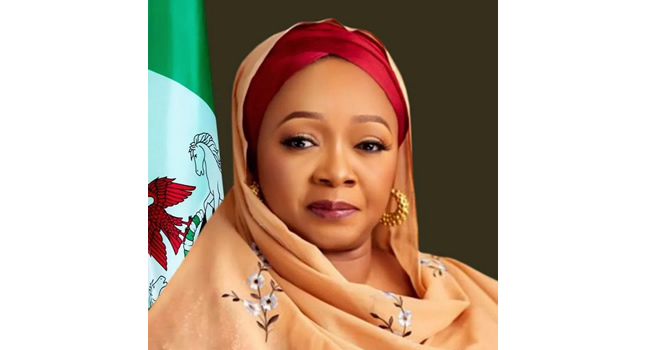 The Director-General, National Agency for the Prohibition of Trafficking in Persons (NAPTIP), Hajiya Imaan Sulaiman-Ibrahim, has solicited the assistance of the Nigerian Air Force (NAF), in combating human trafficking in the country.

A statement by the Director of Public Relations and Information, NAF Headquarters, Air Commodore Edward Gabkwet, on Saturday, March 13, stated that Sulaiman-Ibrahim stated this during a visit to its Headquarters in Abuja.

According to the statement, the D-G also sought NAF’s support in areas of intelligence gathering and technical training of its personnel among others.

Sulaiman-Ibrahim noted that human trafficking was the second most lucrative criminal enterprise in the world that poses human and strategic risks to national securities.

She noted further that human trafficking as a form of modern-day slavery is as lucrative as a 150 billion dollar industry, hence the need for all stakeholders to synergise to tackle the menace.

Sulaiman-Ibrahim added that plans were underway by the agency to establish a training academy and requested NAF’s assistance towards the provision of infrastructure.

In his remarks, the Chief of Air Staff (CAS), Air Marshal Oladayo Amao, appreciated the D-G for her efforts in addressing the challenges posed by human trafficking in the country.

Amao also assured her of the NAF’s willingness to partner with the agency towards fighting the menace headlong.

On the request for NAF assistance in the training of NAPTIP personnel and the establishment of a training academy, Amao said the agency could leverage NAF’s School of Air Intelligence at Makurdi, for the assistance.

This, he said, would avail the agency the opportunity toward training some of its personnel in acquiring basic intelligence knowledge to bring them up to date in intelligence gathering in combating human trafficking.

The CAS also assured the agency of airlift whenever required.

“It is good that we all work together to keep our citizens and nation safe,” he said.

Nestle S.A tightens its control in Nestle Nigeria with N3.7bn