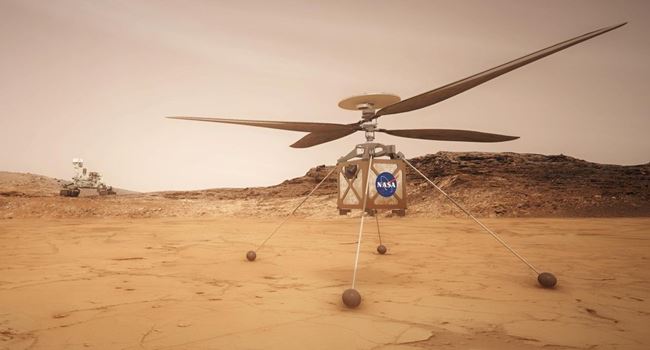 In January, the flight model was operated in a simulated martian environment and then shipped to a Lockheed Martin facility in Colorado where it was subjected to launch and flight vibrations and sounds to verify electrical connections and other mechanisms will withstand the rigours of launch and atmospheric entry.

The helicopter is a technology demonstration project and as such it will not carry any scientific instruments. It is intended to demonstrate the feasibility of powered flight in the martian atmosphere, which has 1 percent the density of Earth’s. But, like readily available drones on Earth, it does carry a camera that will provide high-resolution colour images.

With the environmental testing and other tests behind it, engineers plan to attach the helicopter to the rover later this summer. Launch is scheduled for July 2020.

“We expect to complete our final tests and refinements and deliver the helicopter to the High Bay 1 clean room for integration with the rover sometime this summer,” said Mimi Aung, technology demonstration project manager. “But we will never really be done with testing the helicopter until we fly at Mars.”