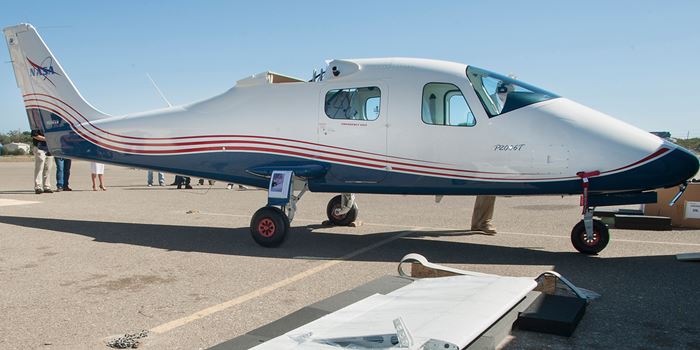 The American space agency, NASA showcased an early version of its first all-electric experimental aircraft, the X-57 “Maxwell,” on Friday at its lesser-known aeronautics lab in California desert.

Adapted from an Italian-made Tecnam P2006T twin-engine propeller plane, the X-57 has been under development since 2015 and remains at least a year away from its first test flight in the skies over Edward Air Force Base.

But after attaching the two largest of 14 electric motors that will ultimately propel the plane — powered by specially designed lithium-ion batteries — NASA deemed the Maxwell ready for its first public preview.

NASA also showed off a newly built simulator that allows engineers, and pilots, to get the feel of what it will be like to maneuver the finished version of the X-57 in flight, even as the plane remains under development.

The Maxwell is the latest in a proud line of experimental aircraft the National Aeronautics and Space Administration has developed over many decades for many purposes, including the bullet-shaped Bell X-1 that first broke the sound barrier and the X-15 rocket plane flown by Neil Armstrong before he joined the Apollo moon team.

The Maxwell will be the agency’s first crewed X-plane to be developed in two decades.