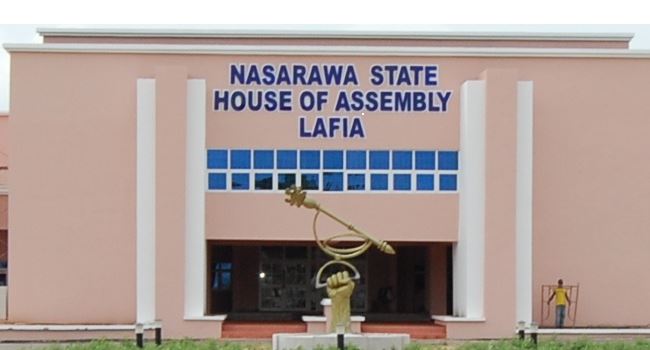 The Nasarawa State House of Assembly on Monday suspended its Deputy Minority Leader, Luka Zhekaba, for alleged involvement in teachers’ recruitment scam in the state.

The Speaker of the Assembly, Ibrahim Abdullahi, who announced Zhekaba’s suspension at the plenary in Lafia, said the lawmaker was involved in the fake employment of 38 secondary school teachers in the state.

According to him, the House took the decision after deliberating on the report of the House Committee on Education on the recruitment of 366 teachers in Nasarawa State.

He said the state government had earlier discovered 38 fake teachers on its payroll, adding that the development influenced the House committee’s decision to investigate the circumstances that led to the recruitment of fake teachers in the state’s civil service.

The speaker, therefore, set up a three-man panel to investigate the lawmaker and to report back to the House within two weeks.

Abdullahi said: “The committee recommended that Hon. Luka Iliya Zhekaba, Deputy Minority Leader of the House should be suspended and an Ad-hoc committee be set up to investigate his alleged involvement in the fake employment of the teachers.

“I hereby set up a three men Ad- hoc committee to investigate his alleged involvement and report back to the House within two weeks.

“ Mr. Ibrahim Musa, the Deputy Clerk of the House, will serve as Secretary of the committee.

“I can’t question his activities or involvement for now until the committee concludes its findings as you commence your investigation, I wish you success.”