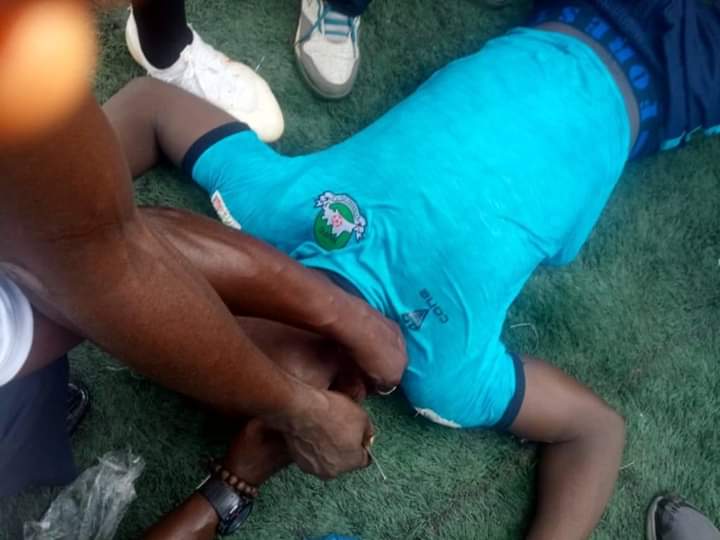 Following investigations into the death of Nasarawa United defender, Chineme Martins, the club has been mandated to pay huge fine for violating league rules.

The player was attended to by medics of the two clubs when he slumped and was later rushed to Dalhatu- Araf Specialist Hospital in Lafia where he was later pronounced dead.

The Nigeria Football Federation (NFF) had launched an investigation into the death of the player, and the committee headed by Dr. Peter Singabele, submitted its report to the NFF in a virtual meeting last Thursday.

Some of the decisions made, according to a statement by the football governing body, include immortalizing Martins and paying all his financial entitlements to the family.

“The Nasarawa FA should be temporarily suspended from hosting all NFF-organised matches (including domestic league matches) until some clearly stated conditions are met,” Singabele said.

“The player must be immortalised. Nasarawa United should pay a fine of N10m to the LMC for non-compliance with Club Licensing Regulations and violation of NPFL Framework and Rules, and should pay all financial entitlements of the late Martins immediately, including arrears of salaries and insurance benefits, if any.

“The NFF should empower its Medical Committee, Technical Committee, Club Licensing Department and the LMC to exercise fully their statutory powers and functions.”

The committee said Nasarawa United did not have a doctor or a physiotherapist.

Reacting to the development, NFF chair, Amaju Pinnick said “if at the end of the day, we have to scale down to playing league matches in only a few stadia that can provide functional ambulances and qualified medical personnel with capable referral hospitals, so be it.”