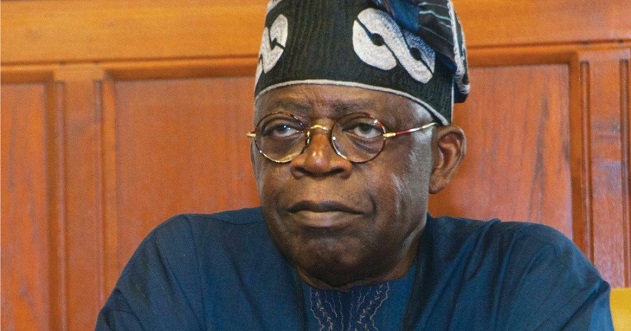 Arewa Youth Forum (AYF) has frowned at the alleged role the national leader of the All Progressives Congress (APC), Asiwaju Bola Tinubu, is said to be playing in who emerges leaders of the 9th National Assembly.

The northern youth group said Tinubu is turning himself into a dictator who decides what happens in the ruling party.

There are claims that APC’s endorsement of Ahmed Lawan and Femi Gbajabiamila as President of the Senate and Speaker of the House of Representatives respectively, were influenced by Tinubu, who allegedly wants to use them as his lackeys to actualise his supposed ambition to become president in 2023.

“To any right thinking and close observers of the polity, this unfolding development showcases Bola Tinubu as anti-North and is selfishly paving his way to have a total control of the APC and its tidings as well as influence the decision of the Party Chairman, all as a build-up to the 2023 elections.

“AYF has received with surprise, the recent position of the National Leader of All Progressive Congress (APC) Asiwaju Bola Ahmed Tinubu, dictating who will emerge as the Senate President as well as the Speaker House of Representatives for the 9th Assembly.

“We are also amazed by the statement credited to the Party Chieftain where he was quoted to posit that Party officials not comfortable with the choice and dictate of the party as orchestrated by him and some party officials are free to leave the APC.

“So much so that we consider this statement as unbecoming of the National Leader. Also, we believe that these dictatorial tendencies are undemocratic, unethical, not in line with international best practices, politically incorrect and in bad taste.”

Speaking further, AYF said Tinubu as “an Elder who is supposed to toe the path of amicable resolution and embrace the spirit of reconciliation particularly amongst the contestants, is openly found to be overbearing and divisive by all intents.

“The Arewa Youth Forum, therefore, maintains that this singular action, especially as it affects the National Assembly, smacks of the problematic issue of influence of Godfathers, which overtime has been a serious draw back to the tenet of Good Governance because the so called ‘Godsons/Daughters’ are in shackles, enslaved and captive to the whims and caprices of their bosses; hence the desirous and ever needed delivery of Democracy Dividends through Good Governance is stunted and threatened.

“For the record, each and every Distinguished Senator and Honourable Member of House of Representatives-Elect have rights to aspire and stand for Election into various offices, and as well have votes to cast, subject to the laws guiding this exercise in the National Assembly.

“The Arewa Youth Forum (AYF ) is of the view that the recently elected members of the 9th Assembly and forthcoming ones must be allowed to exercise their constitutional rights and Legislative independence.

“Therefore, after careful study, wide consultation, deep assessment and review based on our current realities as a nation, it is crystal clear to all discerning and patriotic Nigerians that we do not need a ‘stooge’ or ‘puppet’ of a Godfather as a Senate President or Speaker, House of Representatives.”

This is coming just as Tinubu has denied having any ulterior motive in National Assembly leadership position, claiming that his support is in line with the position of President Muhammadu Buhari and APC on the matter.