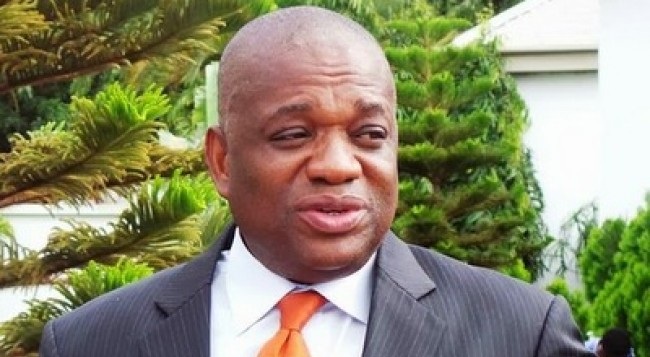 Chief Whip of the Senate, Orji Kalu, has slammed reports by stakeholders and Nigerians that the National Assembly is a rubber stamp to the decisions taken by the executive.

Kalu, who spoke on Tuesday via a statement in Abuja, also advocated for closer synergy between the executive and judiciary in order to entrench good governance.

The lawmaker implored Nigerians to jettison the notion that the National Assembly is a rubber stamp.

“The Senate is not a rubber stamp, it is just that we have done things differently.

“There are many things the Presidency has sent to the senate that we rejected and we reject it at the level of leadership and send it back to him.

“There is no need to fight with the President because our job is to complement the efforts of the executive, to give them the chance to give Nigerians good governance.”

READ ALSO: Kalu reacts to S’Court ruling, says ‘I look forward to rejoining my colleagues in the Senate as soon as possible’

Kalu also explained the importance of a harmonious relationship between all arms of government in order to ensure the betterment and development of the country.

“So, our duty is to make laws and ensure we stabilise the polity by ensuring there is a good relationship between the judiciary, executive, and the legislature.

“The Senate has been very successful in bringing the budget before December each year, this is the job of the legislature.

“We don’t want to enter into unnecessary controversies with the executive.

“We have fought many times with the executive, but quietly. People can call us any name, but I can speak out my mind to say we are not rubberstamp,’’ he stressed.

Related Topics:NASSSen kalu
Up Next

IPOB vows to deal with anyone enforcing sit-at-home order