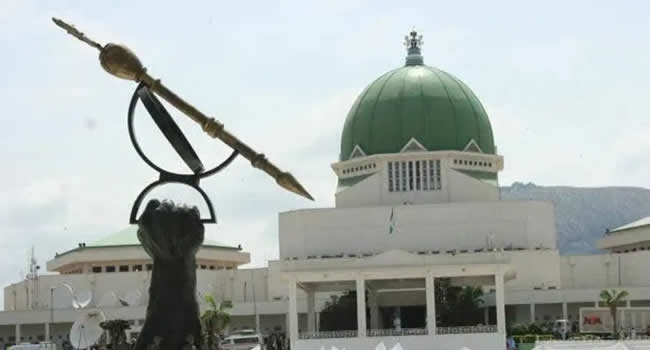 As expected, the criminal elements have demanded as ransom the sum of N200 million.

Following the continued detention of the students, Hon Saidu Abdullahi, last week, brought the issue before the House of Representatives.

We examine this and two other stories which placed lawmakers at the National Assembly on the spotlight past week.

The House of Representatives, on June 10, expressed displeasure over the failure of Federal and State Governments to rescue the kidnapped Islamiya students after two weeks in captivity.

This was sequel to the adoption of a motion sponsored by Hon. Saidu Abdullahi on behalf of the Niger State caucus in the House.

“The House is worried that these elements have been gruesomely torturing and killing innocent lives…instilling fears, tensions and anxieties in the minds of people across the state and country,” Abdullahi said, among others.

The continued mass abduction of students in schools, especially in Northern States, is not just worrisome, but pitiable.

The frequency of these ignominious acts has continued to cast doubts on the readiness and willingness of the federal authorities to act accordingly.

In fact, there is a growing insinuation that the Buhari administration is pampering the bandits by even offering them amnesty rather than unleashing the full might of the state against them.

While the policy of appeasement through amnesty and ransom payments to kidnappers have been decried, it is, however, behoving on government to exert itself fully in rescuing the victims even if the tactics adopted is unconventional.

As has been argued, the primary responsibility of government is to protect lives and property, the absence of which that administration is considered a failure.

The Nigerian state must come to terms with the fact that it’s citizens have become weary of its many excuses and demand a return to sanity.

READ ALSO: Only the National Assembly can address agitations for restructuring, devolution of powers – Buhari

This demand is certainly not out of place!

For Abdullahi, and his NASS colleagues, until the Islamiya school kids are rescued through intensified pressure on the executive, their intervention would only amount to blowing hot air, even as the country grinds towards anarchy.

Who said;
“Just yesterday, we heard that over 50 persons were killed in Uzo-Uwani Local Government in Enugu State. We heard about 2000 people were displaced and over a hundred people were injured. Houses were burnt, including churches. As I speak, some people who live in Enugu, especially the Hausa and Fulani are taking refuge in the Army barracks and it is not good for our country. These are people who didn’t know about those who attacked the ordinary people of Uzo-Uwani and today they are now refugees. It also implies that if any person dies in the process, there could also be reprisals in other parts of Nigeria and this can engulf the whole country?”

In a statement by Odebiyi, he called on security agencies to ensure the protection of lives and property in and around the LGA, and Ogun State at large.

He had said, among others: “As government, we cannot sit idle or fold our arms and watch as our people are being terrorised and murdered in cold blood. We all need to close ranks and come up with strategies in order to save the lives of the people we serve. The situation is becoming unbearable.”

The inability of the government to protect innocent, and unsuspecting Nigerians from being killed by armed herdsmen has gained global attention.

Only lately, an American publication, had tagged Nigeria a failed state. This is premised on the failure of the Nigerian government to fulfil its primary responsibility of protecting the lives, and property of citizens.

Even in Odebiyi’s alarm lies no hope; until security agencies are made to be alive to their duties.

Peller noted that the bill is, “Aimed at monitoring the activities of bank employees and customs officers to ensure that their lifestyle reflects their earnings, and to discourage them from engaging in corrupt practices.”

No doubt, Peller’s bill is well intentioned, especially in the face of mounting tales of embezzlement, and misappropriation of public funds reported in different institutions, and agencies in the country.

What becomes worrisome, however, is the failure of some political office holders, including President Muhammadu Buhari, to declare their assets publicly.

It is pertinent for the House to ensure equity and fairness in the contents of the bill. Leading by example should not be a task too difficult for them.

Senator Ekweremadu made the statement, on April 26, 2016, during plenary when he relied on Order 43 of the Senate Standing orders to make personal explanation over the massacre by Fulani herdsmen in Uzo-Uwani community. He had served as a Deputy Senate President.

NASS REPUBLIC: Holding Buhari, others to account. Two other stories, and a quote to remember

NASS REPUBLIC: Okorocha’s suspicious moves. Two other stories, and a quote to remember