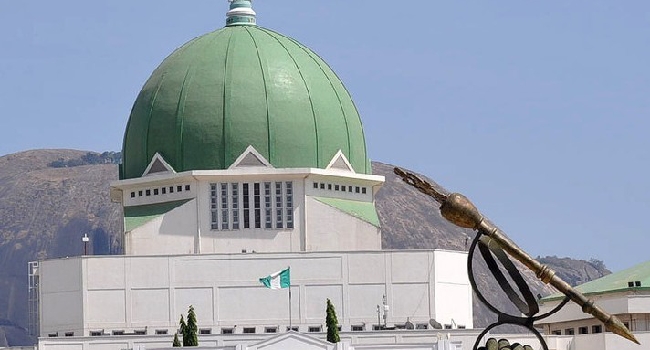 The South-East Senate Caucus, last week, appealed to President Muhammadu Buhari to release the detained leader of the Indigenous People of Biafra (IPOB), Mazi Nnamdi Kanu, sequel to the ruling of the Court of Appeal, sitting in Abuja, that squashed the terrorism felony charges against him.

We tracked two other stories from the nation’s legislative chambers to delight your weekend.

Senators from the South-East region, on October 20, begged the Federal Government not to challenge the judgment of the appeal court, and make use of the opportunity presented by the ruling to consider a political solution in solving the Kanu issue in the interest of unity, and peaceful co-existence of Nigerians.

“Accordingly, we appeal to Mr. President, to remember the promise he made to a delegation of elders of Igboland sometime ago and release Nnamdi Kanu, especially now that the Appeal Court by that ruling removed the burden of interference from him. Going on appeal would ultimately negate that kind gesture,” the Caucus stated.

From the current state of affairs, it would appear that the President is unwilling to walk the path of a political solution, given the ruling of the appellate court which has ordered a stay of execution of the judgment freeing Kanu.

No doubt, the Kanu case presents some complexities. Of note is the issue of rule of law which encourages the state to constantly test the rules and build enduring institutions for orderly governance. So, is the government right to pursue the case to the highest court in the land? Perhaps, yes.

However, it must be said that the Buhari administration still holds discretionary powers to seek a political solution to the Kanu quagmire. While the fears of looming insecurity expressed by government may not be unfounded, it has been argued that the worries can be resolved on the altar of dialogue.

Will President Buhari see the wisdom in a political settlement or will he continue to apply the full weight of the state through the courts? Admittedly, the law is supreme but that can only become conclusive only after the highest courts have intervened.

It is hoped that common sense would prevail.

“We have two Buharis in APC. There is President Muhammadu Buhari of the North, while Asiwaju Bola Ahmed Tinubu is the Buhari of the South. Governors of Northern Nigeria did not only agree to concede power to the South, they galvanised their support, and solidarity behind Bola Ahmed Tinubu. It was not a secret. So, I thought Vice President Yemi Osinbajo would have played ball being his kinsman.”

On October 19, the Speaker of the House of Representatives, Hon. Femi Gbajabiamila, charged Nigerian students to consider the records of the presidential candidates at the 2023 elections objectively, and vote for the best among them.

Gbajabiamila spoke in Abuja when the national executive of the National Association of Nigerian Students (NANS), led by the President, Usman Barambu, visited him at his office.

“The good thing is that most of the (presidential) candidates, at least the front runners, have records. I’m not pitching for anybody here, but look at their records. If you feel he deserves to be the President of Nigeria, please, do not hesitate. Vote for that person based on his record,” he said.

In advising the students to vote for candidates of their choice, Gbajabiamila must be commended for his candour and forthrightness.

The Speaker’s gesture is one that should be emulated by all politicians who are strategically positioning for leadership. There is no gain saying the fact that the country is in dire need of a new political culture of tolerance.

3. Wase on senseless killings in Plateau

The Deputy Speaker of the House of Representatives, Hon. Idris Wase, on October 18, condemned the gruesome murder of the village head of Nyalum in Wase Local Government Area of Plateau State, Alhaji Muhammadu Sanusi, by suspected bandits.

Wase, in a statement issued, in Abuja, by his Chief Press Secretary, Umar Puma, noted: “The security operatives must not rest on their oars in fishing out the perpetrators. I call on security agencies in the State to spare nothing in ensuring that justice prevails for the victim’s family and the people of Plateau State.”

The killing of the traditional ruler further accentuates the incidence of insecurity in different parts of the country.

While Wase’s condemnation could be considered timely, it does not change anything, if the killers remain at large. For too long, critics have harped on the need to ramp up intelligence gathering. Sadly, this has remained abysmal and clearly illustrate the near helplessness of the Nigerian state to tackle insecurity in spite of huge sums poured into the sector annually.

Doguwa made the statement, on June 8, 2022, when he featured in a Channels TV programme, Politics Today. He is the Majority Leader of the House of Representatives.

NASS REPUBLIC: Lamenting ravaging floods. Two other stories, and a quote to remember