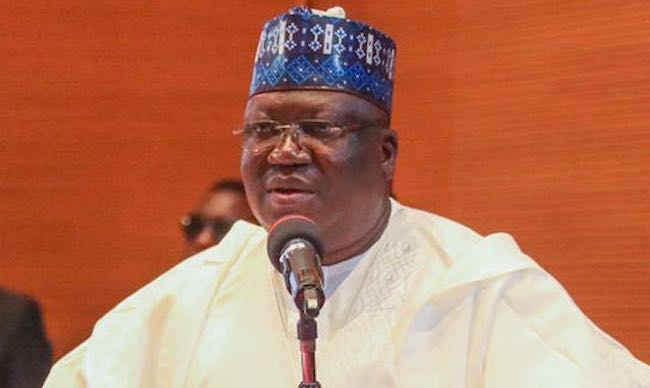 On January 13, Lawan decried the extreme level of poverty in the Northern part of the country.

Lawan’s reactions when he spoke with journalists, while celebrating his 64th birthday in Abuja,

He referenced the National Bureau of Statistics (NBS), saying that about 133 million Nigerians live below the poverty line and that most of them were from the North. He added, “I believe we have no reason to be that poor.”

To acknowledge Lawan’s lamentations is to restate the obvious. Years of bad leadership have ensured that Nigeria presents a typical example of a paradox, a nation so blessed but swimming in poverty!

Pitiably, the North has the unenviable record of leading the rest of the country in the poverty stats of diseases, hunger, insecurity, number of out-of-school children, among other socio-economic ills.

Sadly, the Senate President would to admit that the ruling All Progressives Congress (APC) did very little to alleviate the sufferings of not just the northern mass but also the generality of Nigerians.

“In any case, as the campaigns get underway, we challenge Governor Lalong to organise a public issues-based debate at a place of his choosing anywhere on the Plateau for us to thoroughly canvass our positions on national politics, most especially on the stale meat he begged to hawk for his ilks to buy. We earnestly await the date, venue and time of this public debate on the Plateau.”

Senator Ishaku Abbo, who represents Adamawa North Senatorial District, on January 10, described the ruling of the court which disqualified him from parading himself as the candidate of the district, on the platform of the APC, in the 2023 elections, as a “cash-and-carry judgement.”

Abbo voiced his views during an interview with Channels Television. A High Court in Yola, Adamawa State, presided over by Justice Danladi Mohammed had ruled that Abbo and the APC were bound by the resolution of the Mubi North Local Government Executives dated October 7, 2022, which expelled him from the party. He, however, vowed to appeal the ruling in the Court of Appeal.

Abbo’s resentments may be weighed against some blemishes noticeable with the Nigerian judiciary. However, the unguarded remarks have become typical of Nigerian politicians who are impatient to test the full gamut of the judicial process.

The troubled Senator must be patient and realize that the matter could go as far as the Supreme Court.

The Chief Whip of the Senate, Orji Uzor Kalu, on January 10, dismissed the insinuations that the presidential candidate of his party, the APC, Asiwaju Bola Ahmed Tinubu, is not healthy, and unfit to rule the country.

He made the dismissal while speaking on Channels Television’s programme, Politics Paradigm.
“His (Tinubu’s) health is very stable. No man above 40 is not sick. There is not one, no Nigerian above 40 that is not sick,” he said.

Kalu is, indeed, entitled to his opinion. And, he might be right as well. The point to note though is that he is a party faithful and must not be caught de-marketing his principal.

What is obviously missing is that most critics fail to appreciate that it is not enough to allege ill-health but that such claims must be tested against constitutional provisions.

Until then, Nigerians can only engage emotionally on the subject while hoping to deploy their voting weapon at the elections.

Answer: Hon. Yakubu Dogara
Dogara said this in a statement issued by his media aide, Turaki Hassan, on September 28, 2022.

NASS REPUBLIC: Gbajabiamila’s worries over 2023 polls. Two other stories, and a quote to remember