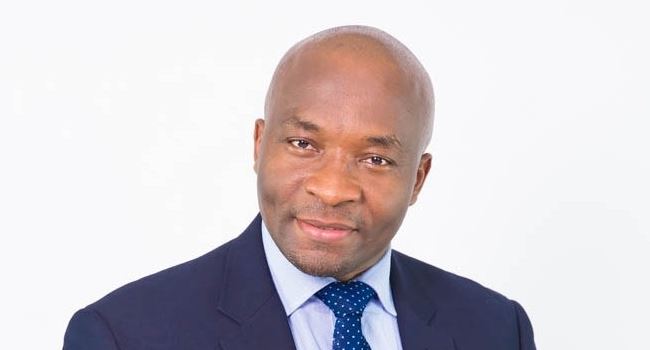 The recent death of a House member, Ossy Prestige, is assumed to have inspired Kalu’s reason.

And, this is as not less than 15 Federal lawmakers have passed away in the last five years.

This, and other eye-catching stories made up events at NASS in the past week.

On February 9, Benjamin Kalu claimed that pressure from constituents is killing members of the National Assembly.

“These guys here are suffering, they are under stress, that’s why most sicknesses they are passing through are heart attacks, this and that failures. Whether you want to understand it or not, the pressure from constituents is killing members of the National Assembly, the pressure is too much.

“Those who are not supposed to build roads are asked to build roads. They receive pressure even on issues that are not their duty. And the resources to solve the demands of the public is not there,” he said, while fielding questions from journalists in Abuja.

Kalu’s strange submission is thought-provoking, and indicting. Indeed, his claim is demanding of a thorough investigation to accept or refute it.

Hence, many would be eager to know if the demand for good representation by the people is what Kalu defined as stress. Or, does it mean that the workload of Federal lawmakers is so gruelling to the extent that it plunges them into stress, snowballing into degrees of terminal illnesses, leading to their deaths?

Whatever be the case, Kalu owes Nigerians more explanations.

Indeed, his central claim that constituents mount pressure on them on issues that are not their responsibility should act as enough trigger for deeper sensitization program to enlighten people on what their constitutional roles are.

Until this is done or lawmakers find sufficient guts to name or shame those hounding them, then it could be argued they are simply crying wolf.

Kalu’s takes on the tragedies bedeviling lawmakers even sounds more hollow when placed against everyday facts which clearly indicate that the mass of Nigerians are, indeed, the ones bearing the stress of mis-rule engendered by the political class strewn across all arms of government.

“I am aware that contracts for the clean-up of Ogoni land have been awarded. Right now, as we speak, the security situation in the area does not provide for a meaningful economic or even contractual activity to go on. Everyday, at least six people are killed in one community or the other. There is no day that they are not killing people. Many residents of the various communities have abandoned their homes and ran away due to violence. So, in that kind of atmosphere, it will be difficult for me to say there is any contractor somewhere in the bush alone, working?”

The Speaker of the House of Representatives, Femi Gbajabiamila, on February 10, showed courage in admitting that the government of the day had failed in its primary responsibility of protecting the lives and property of Nigerians.

While delivering his speech on the resumption of House members’ 2021 legislative session, he said: “Every time a citizen going about their business is killed or kidnapped, loses their property or livelihood, we have failed in our obligation. From the abundance of these failures has emerged a culture of self-help in matters of internal security that portends grave danger for our nation’s continued existence.”

Read also: NASS REPUBLIC: As Gbajabiamila plays statesman. Two other stories, and a quote to remember

Gbajabiamila’s admittance of leadership failures, no doubt, bears the trademark of courage. He scores high for speaking truth to power and holding the Federal Government, which is he part of, to account in terms of its seeming low marks in securing Nigerians.

While his disposition may come as a surprise to many, given his ranking in the All Progressives Party (APC) administration, it is hoped that his stance is, indeed, not geared at just being politically right.

The expectations of many, therefore, is that he will lead his tribe of lawmakers to match words with action, and not allow his contributions to be mere talks.

On February 11, the House of Representatives disclosed that they had set up an inquiry into the quality and quantity of arms and ammunition purchased for security agencies in the country for the last ten years.

The House announced this at the inauguration of an ad-hoc Committee mandated “to review the purchase, use and control of arms, ammunition and related hardware by military, paramilitary and other law enforcement agencies,” held at the National Assembly complex in Abuja.

The Chairman of the Committee, Olaide Akinremi, had said that “Nigeria spent an estimated sum of $47.387 million in arms importation in 2019.

“The Committee shall proceed to investigate the quality and quantity of arms and ammunition purchased in the last ten years by a clear inquest into the relevant tools and equipment, as well as ammunition as to whether evidence exists or not,” he said.

The proposed probe is undoubtedly necessary. However, what is of concern to right thinking Nigerians is if the Akinremi Committee would be transparent and honest enough to dig deep into any mess they find.

Many doubts as to a sincerity of purpose have been cast on past probes conducted by Nigerian lawmakers, with many either abandoned, swept under the carpet or simply consigned to the dustbin of history.

The notorious Niger Delta Development Commission (NDDC) probe of N81bn is an example in this regard.

A radical departure would only arise if the probe this time is taken to a logical conclusion.

Will there be full disclosures, and would the ruling party sincerely subject itself to a public
drill?

Indeed, a major pointer to failure is how the Buhari-led administration is tactically shielding the former Service Chiefs from investigations, choosing instead to reward them with ambassadorial postings.

Abe made the statement on April 11, 2019, while clarifying why the clean-up exercise in the oil-rich Ogoni land in Rivers State is moving at a slow pace. He represented Rivers South-East Senatorial District at the Red Chambers of the National Assembly.

Bello reveals how he handles security challenges in Kogi

Gov Bello refused my advice to negotiate with bandits –Matawalle