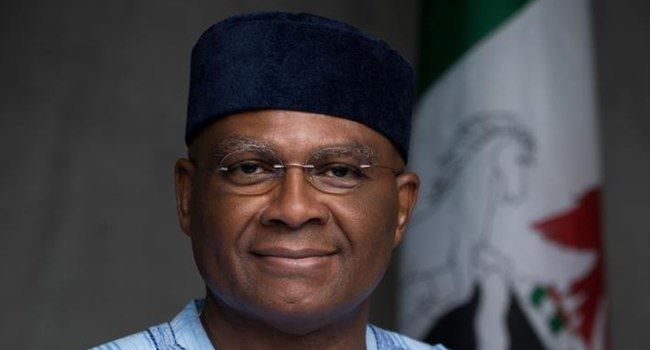 The Chairman, Senate Committee on Cooperation, and Integration in Africa/NEPAD, Senator Chimaroke Nnamani, last week, vehemently denied a report that he stole $41.8 million from the coffers of the Enugu State Government during his tenure as Governor between 1999-2007.

We selected two other stories that dominated affairs at the National Assembly (NASS) within the week under review.

On October 4, the former Enugu State Governor, Senator Nnamani, described the report that he embezzled $41.8 million as a ruse targeted at maligning him because of his alternative views on the current political developments in the country.

In a statement signed by the Senator, who represents Enugu East Senatorial District, he said: “The author of the fake news is a known blackmailer.”

“I urge our people and Nigerians alike to ignore the mischievous report sponsored by political foes and professional blackmailers.”

It is quite natural that no one would allow mud to be rubbed on his or her face, and so Senator Nnamani’s reaction comes not unexpected.

The accusations, however, offer a glimpse into the level of heist or abuses that take place in Nigeria’s public service sector.

In a season of high political stakes, it behoves his traducers to pursue their claims through the appropriate anti-corruption agencies and seek legal redress.

There is no gain saying the fact that media trials do little to strengthen the country’s institutions of governance.

“Some parents are living from hand to mouth, they struggle to send their children to school. Others are living in abject penury because of the refusal of Governor Ifeanyi Okowa to pay pensioners. Increasing school fees at this time is not only callous, but insensitive, especially when some students are training themselves.”

The Speaker of the House of Representatives, Hon. Femi Gbajabiamila, on October 6, promised the support of the Federal Government to help rebuild the lives of the remaining 23 passengers of the Abuja-Kaduna train attack recently released by terrorists.

Gbajabiamila pledged the support in a statement issued by his Special Adviser on Media, Lanre Lasisi.

“These victims and their families deserve and will receive support of this House of Representatives and the government of the Federal Republic of Nigeria as they work to rebuild their bodies and spirits and restore normalcy to their lives,” he said

Gbajabiamila’s promise is one that breeds hope. Having spent 190 days in the terrorists’ den, the victims deserve all the financial, emotional, psychological support that they can get from the government, Non-Governmental Organisations (NGOs), and individuals.

READ ALSO: NASS REPUBLIC: Is Lawan set for political oblivion? Two other stories, and a quote to remember

It remains to be seen how the House of Representatives, through the office of The Speaker, would deliver these promises in real terms. This is especially so as public officials are wont to play to the gallery and do little in the end.

Perhaps, a sustainable approach would be to influence the setting up of a strong Commission for the rehabilitation, and reintegration of victims of terrorism across the country.

Lawan gave the charge in his remarks on the occasion of the 2023 Budget presentation by Buhari at the National Assembly.

“Mr. President, I consider the oil thieves the worst enemies of our country. The thieves have declared war on our country and our people. I strongly feel that if we do not take the necessary measures to stop the thieves immediately our economy will be devastated…It is time to take drastic and desperate measures against the thieves,” Lawan said.

The Senate President’s remarks, it must be said, only pampers the issue. The hard fact is that President Buhari remains the substantive Minister of Petroleum and must take full responsibility for all perceived ills in that sector.

Alleged reports of high level involvement of senior oil executives, government and military officials in the oil theft saga, without a single conviction in seven years of Buhari’s governance, is an indictment of no small measure.

That it took the pipeline surveillance contract awarded to ex-militant leader, Government Ekpemupolo, A.K.A Tompolo, in August, to unearth the latest rot is a national shame.

To expect a decent clean up of the mess in Nigeria’s oil industry in the dying days of Buhari’s administration would be a miracle.

Omo-Agege made the statement, on June 2, 2022, via a press release by his Director of Communications, and Media, Ima Niboro. It was in reaction to the reported increment in tuition fees of tertiary institutions owned by the Delta State Government. Omo-Agege is the Deputy President of the Senate, and All Progressives Congress (APC), governorship aspirant in the State in the 2023 elections.

NASS REPUBLIC: Lamenting ravaging floods. Two other stories, and a quote to remember

NASS REPUBLIC: Is Lawan set for political oblivion? Two other stories, and a quote to remember