NASS REPUBLIC: That unsettled fight over ‘N20m palliative’. Two other stories, and a quote to remember | Ripples Nigeria

Home » Politics » NASS REPUBLIC: That unsettled fight over ‘N20m palliative’. Two other stories, and a quote to remember

On September 1, Nigerian Senators distanced themselves from an allegation heaped on them by the Director of Projects in the Niger Delta Development Commission (NDDC), Cairo Ojougboh. The country’s media had widely reported Ojougboh as claiming that the Commission gave each Senator N20 million as COVID-19 palliative.

The denial was contained in a statement released by the Senate spokesman, Ajobola Basiru, and it read in part: “The Senate categorically denies that any Senator collected the sum whatsoever from NDDC as COVID relief fund for any purpose whatsoever.

“The Senate challenges Dr Ojougboh to publicly provide evidence of his claim and list the names of the Senators he allegedly gave the alleged sum.”

Just as the Senate denial made the rounds, Ojougboh hopped on the scene to swallow what he had earlier volunteered freely to the Nigerian media. In doing so, he tacitly absolved the Senators of receiving any N20 million palliative from NDDC.

Ojougboh said: “I want to state without equivocation, without any hint of doubt, that I neither issued, nor made, such a statement. Indeed, there is no provision in the Commission’s budget for such a payment.”

Many agree that the NDDC scandal has become quite nauseating. The allegations and denials that have trailed the alleged financial malfeasance in NDDC remain a national embarrassment. Virtually, everyone who holds a responsible position within the agency has had to lick his or her vomit in the course of the raging scandal.

Ojougboh’s latest somersault only adds to those of the Minister of Niger Delta Affairs, Godswill Akpabio, and the Acting Managing Director (NDDC), Professor Kemebradikumo Pondei.

It is easy to posit, given the unending drama of unforced denials, that the rot in NDDC goes deeper than the ordinary eyes can behold. The troubling question, therefore, is why the presidency appears to be treating the case with kid gloves.

Indeed, it is baffling that President Buhari is failing to see through the concerted efforts by both the NDDC and federal lawmakers to muddle up the probe of the rotten agency. This surprise element is reason many critics are yet to find conviction for his release of nearly N800 million to the agency for the procurement of auditors in a probe where Akpabio is also listed as an interested party.

Perhaps, there is much more that President Buhari sees that is hidden from plain sight. What the public perceives, though, and which has formed very lasting impressions is that there is a growing lack of transparency and will to clean up the mess in NDDC and restore confidence in the agency.

For now, there can only be a pretense to doing the right thing.

“Much as I am disappointed in their conduct, especially as I am one of the persons, who have spoken up on justice for Ndigbo, the Python Dance, judicial killings in Igbo land and elsewhere both on the floor of the Senate and in my written and personal engagements with the Presidency and the media as well as rallied the South-East Senate Caucus to secure Mazi Nnamdi Kanu’s release with Senator Enyinnaya Abaribe taking him on bail to douse tension in the South-East, I nevertheless do not hold this to heart against them, for they know not what they do?” 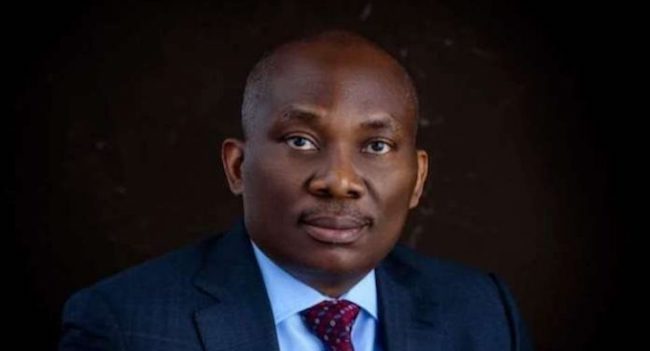 The Minority caucus in the House of Representatives, last week, rejected the increase in the pump price of fuel from N148 to N151.56 per litre as announced by the Petroleum Product Marketing Company (PPMC) on September 2.

In a statement signed by its Minority Leader, Ndudi Elumelu, the federal lawmakers argued that “..such increase will directly result in more hardship on our citizens, particularly at this critical time when a majority of Nigerians across the country are struggling to survive under the burden of high cost of living and low purchasing power occasioned by the prevailing economic challenges.”

The sentiments expressed are well understood. However, an undeniable fact is that Nigeria’s leaders have continuously overlooked basic economic fundamentals while pitching tent with subsidy regimes that have created more dysfunctions in the system.

The anomalies have raised some important posers:
1. What manner of deregulation is expected if the restructuring efforts are not accompanied by liberalization?
2. What is the sense in having the Nigeria National Petroleum Corporation (NNPC) play a dual role of regulator and player at the same time?
3. What about the continuous existence of the Petroleum Equalization Fund (PEF) that still offers some players in the system access to subsidy with all its abuses?

How far the Buhari-led administration is willing to go down the deregulation path should get clearer as these issues are addressed. 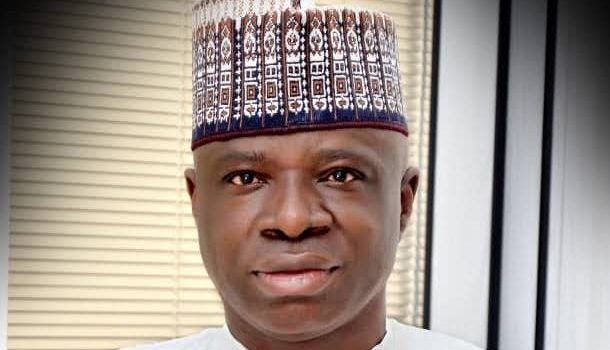 On September 3, the Chairman, Senate Committee on Information and Communication Technology, Yakubu Oseni, disclosed that the Senate was working on a bill to combat every form of cybercrime in the country.

Oseni made the disclosure when his team paid a visit to a leading cybersecurity firm, CyberDome Nigeria.

He said: “There is a bill in the works to actually strengthen the fight against cybercrime and we are calling on the public to make a relevant contribution…”

There is no gain saying that a harmonization of the various cybercrime related legislations is an ideal move. The importance of such initiative lies in the growing concerns that federal authorities could be tempted to exploit any weak legislations to rein in opposition figures or parties.

A smart move by the lawmakers would be to ensure that, in spite of the clamour for a regulation of the social media space, a bill that would seek to gag freedom of speech in contravention of the country’s constitution is resisted.

The statement was made by the former Deputy President of the Senate, Ike Ekweremadu, in August 2019. It was a confirmation of a physical assault on him by some members of the Indigenous People of Biafra (IPOB), on August 17, 2019, in Nuremberg, Germany.