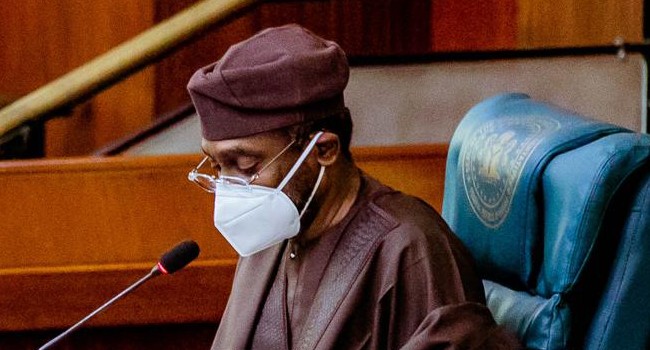 Last week, the Speaker of the House of Representatives, Hon. Femi Gbajabiamila, reiterated the need for Nigeria to regulate its social media space.

His idea cannot be divorced from all the concerns and noise that have trailed Nigerian government’s ban of the microblogging site, Twitter.

This, including two other stories, were among the top events that unfolded at the National Assembly (NASS), past week.

On June 25, the Speaker of the House of Representatives, Hon. Femi Gbajabiamila, averred that social media must be regulated to protect national interest.

Speaking on a television programme, he said: “The social media is the most potent weapon for good and for evil. While we welcome the good, we must prepare over the evil. You cannot use the idea of free speech to destroy me.
“Most democracies in the world today are making efforts to regulate the social media and the National Assembly has been considering regulating the social media for long. But each time the issue comes up, Nigerians kick against it. It is something we need to do because we have a responsibility to protect every single citizen in this country and that is what we must do.”

READ ALSO: NASS REPUBLIC: Holding Buhari, others to account. Two other stories, and a quote to remember

Gbajabiamila’s expressed resolve for social media regulation is not new. And, he was right when he mentioned that the NASS has been considering its regulation for long amidst the backlash that trails it each time it springs up.

For instance, in 2015, Senator Bala Na’Allah sponsored an anti-social media bill titled: “A Bill for an Act to Prohibit Frivolous Petitions and Other Matters Connected therewith.” The bill was perceived as a subtle means to restrict freedom of expression. Hence, it died a natural death.

Perhaps, as a way of resurrecting it, on November 5, 2019, Senator Mohammed Sani served the “Protection from Internet Falsehood and Manipulations Bill 2019” which initially had a death penalty clause attached to it.

Then, sequel to the ‘Lekki Massacre’ on October 20, 2020, during the #EndSARS protests, Senator Mohammed Tahir Monguno brought a similar bill to regulate the social media: ‘National Commission for the Prohibition of Hate Speech’ which prescribes, among others, that internet providers who do not comply will pay a N10 million fine or face a three-year jail term.

The relentless battle to gag Nigeria’s social media space is fraught with serious suspicions. As many have posited, it clearly shows how uncomfortable the Buhari-led administration has become with rising criticisms of its performance.

The long history of attempts at legislating the social media out of existence sure portends great danger for the continued survival of the Nigerian media, both traditional and digital.

Indeed, it gives vent to claims that there seems to be a coordinated plan to stifle freedom of speech, and suppress demands for accountability and transparency among public offices holders.

The battle may be unrelenting but it is clear that Gbajabiamila, and his NASS colleagues are in for a very rough ride as citizens look determined to resist obnoxious and/or draconian laws that would curtail their right to demand transparency and accountability from its leaders.

NASS MEMORY LANE
Who said,
“If the Executive had implemented 30 per cent of the resolution and advice the National Assembly has been giving. I can assure you we couldn’t have reached this level. After the summit, if nothing is done – brainstorming, spending resources to bring out solutions – if the Executive does not do anything after some months, then, definitely we will call for the resignation of the President (Muhammadu Buhari). We have the power to impeach the President if he can no longer secure the lives and properties of Nigerians?”
Answer: See end of post

The Senate, on June 30, increased the fine for the illegal importation and sale of firearms from N1,000 to N1 million after considering the report of Michael Bamidele-led Committee on Judiciary, Human Rights and Legal Matters.

The report was based on the bill: ‘Firearms Act 2004 (Amendment) Bill 2021,’ which is occasioned by the proliferation of firearms and the prevalent security challenges across the country.

“The fine was pegged at N1,000 in the extant Act which was not punitive enough to deter illegal importation and sale of firearms,” Bamidele had said.

Also, Section 35 of the extant act was amended. Here, a fine of N3 million or imprisonment of three years or both on anyone for failure to surrender illegal firearms to relevant authorities was stated.

Nigeria has been grappling with issues concerning illegal possession, and proliferation of firearms, all in a bid to stem the tide of insecurity sweeping across the country.

This new step taken by the Senate is, therefore, an addition to its previous efforts.

While the Federal lawmakers can be commended for their efforts in checkmating one of the factors fueling insecurity, the harder task is seeing the bill through to the point of assent by the Executive.

Speed is required to get the job done and the time to procrastinate is not now!

On June 30, the House of Representatives’ Committee on Finance, led by James Faleke, grilled the Acting Registrar, Ebikibina Ogborodi, and other top executives of National Examinations Council (NECO), over the sum of N636,778,000 generated from 2019 internal examinations yet to be remitted into the federation account.

“The balance is because some State Governments who did the examinations are yet to pay,” Ogborodi claimed.

The Faleke-led Committee is, therefore, expected not to handle the financial wrongs in NECO with levity but address the root causes that make for the non-remittance of such whopping amounts.

At a time when the Federal Government is keen on fighting corruption, only an excellent delivery in their oversight duties would speak to the performance of Nigerian lawmakers.

Indeed, not just NECO but all revenue generating agencies must be interrogated on their deliverables, and the Gbajabiamila-led house must be proactive about this.

Answer: Dachung Bagos
Bagos made the statement on April 29, 2021, while speaking on Channels Television’s Sunrise Daily programme. His statement was laced on the notion that President Buhari must act on the resolutions of a 40-man Committee inaugurated by the House of Representatives to find a lasting solution to Nigeria’s security challenges: Boko Haram insurgency, banditry, secessionist agitations, and armed herdsmen. He represents Jos South/Jos East Federal Constituency of Plateau State.

NASS REPUBLIC: Clipping the wings of Buhari, others. Two other stories, and a quote to remember

NASS REPUBLIC: Gbajabiamila’s late sermon. Two other stories, and a quote to remember