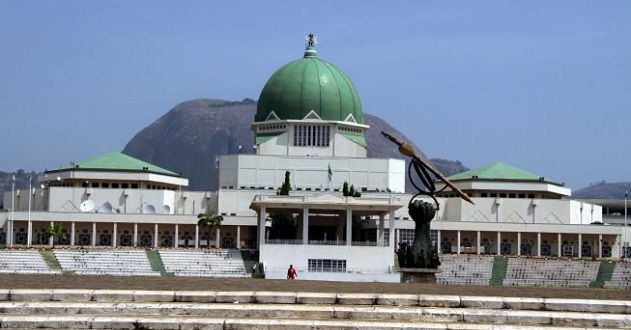 The Chairman, Senate Committee on Army, Senator Ali Ndume, last week, boldly demanded that the Federal Government publish the names of those sponsoring terrorism in Nigeria.

We also picked two other stories that made the National Assembly (NASS) tick in the past week.

On January 3, Senator Ndume, while speaking in an interview on a national television, questioned: “If there is evidence that somebody is funding Boko Haram, there is clear evidence after doing your investigation, why don’t you tell Nigerians? Why don’t you prosecute them?”

Ndume, apparently, speaks the mind of most Nigerians on the touchy national issue. His stand would certainly gain more traction, if he gets his NASS colleagues adding their voices to his.

For sure, the Senator’s questions raise concerns that there could be something fishy about the Federal Government’s claim that they have the names of terrorism sponsors sequel to investigations. It, specifically, highlights the lack of transparency on the side of government in the pursuit of enemies of state who are deploying resources towards making Nigeria a killing field.

Moreover, keeping the names secret equally suggests that the Buhari-led administration may be protecting the interests of the prominent persons alleged to be on the list.

All told, Ndume’s demand is one that should not be swept under the carpet. And, only time will tell, if the Nigerian government is sincere with its dealings on the so-called list.

“The call for secession or the call for restructuring, many are genuine calls even though I never believe that someone who is calling for secession means well or is a misguided person…I believe that as leaders those of us who were elected must not be at the forefront of calling for this kind of thing because even if you are a governor you are supposed to be working hard in your state to ensure that this restructuring you are calling for at the federal level you have done it in your state as well.”

Former Deputy Senate President, Ike Ekweremadu, on January 8, declared that a political solution is still possible in the case of the leader of the Indigenous People of Biafra (IPOB), Nnamdi Kanu.

Speaking on a programme at Dream FM, Enugu, he said: “Political solution in the Nnamdi Kanu’s matter is still very feasible. I also watched the Channels Television interview and I don’t think Mr. President ruled out a political solution.”

“So, we will keep working on a political solution, nevertheless,” he added.

Ekweremadu’s optimism is natural, and logical. Despite President Muhammadu Buhari’s insistence that Kanu must face the law, playing the right politics around the highly sensitive national issue could help change the course of the matter. Towards this option, the South-East Senate Caucus, which Ekweremadu leads, and Ohanaeze Ndigbo, led George Obiozor must prepare for a long-drawn lobby.

Nigerians are watching keenly to see how this bunch of influencers can effect a change in the course of history. Will Nnamdi Kanu rot in jail? Time will tell.

On January 5, former Imo State Governor, Senator Rochas Okorocha, accused Governor Hope Uzodinma of having a hand in the numerous killings in Imo.

Speaking to journalists in Owerri, the Imo State capital, he said, among others: “Mr. Governor (Uzodinma) should tell the world, who killed (Ahmed) Gulak. Who killed the traditional rulers? Who killed the 140 people? Who beheaded those beheaded and displayed their heads as if they had won trophy?

“The Governor goes with a killer squad (code-named, Hopism Security Forces) anywhere he goes. He was made the Chairman of APC governorship campaign committee in Anambra State, and there were killings there. Since the Anambra election was concluded, there has not been any killing there.”

Okorocha’s accusations are not only weighty but full of innuendos and are deserving of a thorough investigation to prove or refute it.

One thing that is certain, though, is that his accusations have roots in the bitter political war of supremacy between him, and Uzodinma. And, it is logical to admit that the reign of terror in the State cannot be divorced from the war.

It behoves the Inspector General of Police (IGP), Usman Baba, to launch an investigation into Okorocha’s accusation without delay.

Lawan made the statement, on May 13, 2021, while answering questions from State House Correspondents in Abuja. He represents Yobe North Senatorial District, and has been the President of the Senate since 2019.

NASS REPUBLIC: Weeping over insecurity. Two other stories, and a quote to remember

NASS REPUBLIC: Kalu’s sermon on hate speech. Two other stories, and a quote to remember