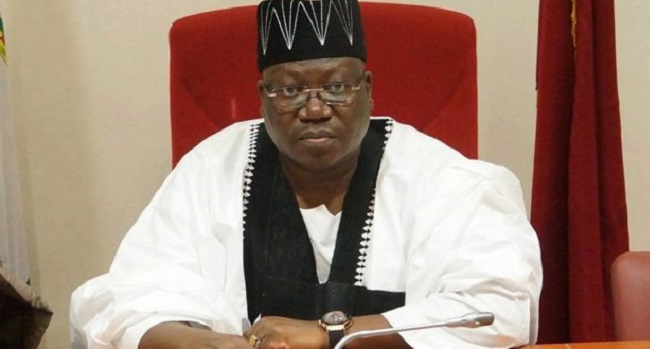 There have been speculations that Lawan may end up as a feeble Senate President if elected, and may not be able to disagree with the executive arm of government if it is necessary to do so.

However, speaking on Friday in Abuja during the presentation of his 20- Page agenda entitled, “A National Assembly that Works for Nigeria: Proposed legislative agenda for the 9th Senate”, Lawan assured that the National Assembly upper chamber under his leadership will never be a rubber stamp.

He said should he be elected as Senate President, “if there is need for disagreement in the interest of Nigerians we will disagree with the executive but with dignity and respect.

“There will not be a Senate which will be a rubber stamp of the Executive under my watch, but a Senate that is highly responsible and committed to those things that work for the country.”

He went further to add that the 9th Senate under his leadership will place the interest of the nation and her people first and not that of political parties, religion or geo – political zones.

“As there is no dichotomy between parties here, there will be no dichotomy along party or whatever lines in the 9th Senate”, he assured.

The 9th Senate will be inaugurated on June 11. The senators-elect are expected to also on that day select their leadership.

For the position of the Senate President, Lawan, the Majority Leader of the 8th Senate will have Senator Ali Ndume, also a former Senate Majority, to contend with.