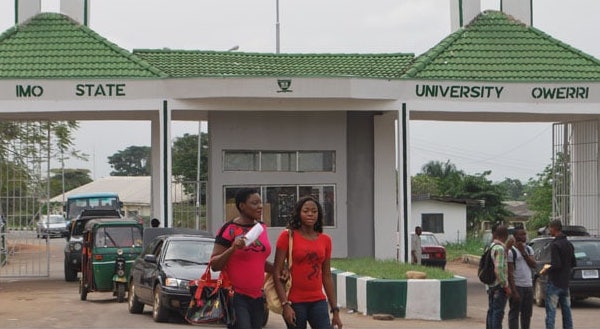 The Non-Academic Staff Union of Educational and Associated Institutions (NASU) on Wednesday urged the Imo State government to pay salaries of its members without discrimination.

The NASU Chairman, Imo State University, Mr. George Offoregbu, made the appeal during a rally held by members of the union at the State Universal Basic Education Board (IMSUBEB) in Owerri.

He expressed the union’s displeasure at the staggered payment of non-academic staff salaries in the state and called for a change.

Offoregbu said: “We say no to the staggered payment of salaries of our members. The government of Imo State should pay workers the salaries they are owing.

“This staggered payment cut across all establishments in the state, especially in SUBEB and Secondary Education Management Board (SEMB).”

“Workers deserve their wages and it should not be compromised. The idea of Mr. A or Mr. B receiving salary this month and another month it will go to Mr. C is not acceptable to us.

“The payment should be done simultaneously. Let every worker in Imo be paid at as when due. All the workers are serving the same government.”

He also challenged the state government to explain the reasons why the workers would not be paid their salaries.