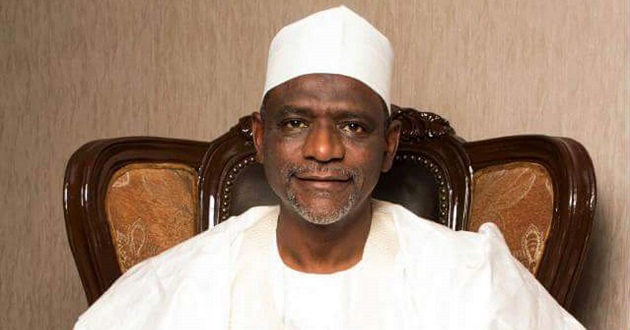 The Joint Action Committee (JAC) of the Non Academic Staff Union of educational and affiliated institutions and the Senior Staff of Nigerian Universities (SSANU) have designed and proposed to the federal government a new payment platform.

On Tuesday in Abuja, Adamu Adamu, the Education Minister, was presented with the platform, which is known as the university peculiar personnel and payroll system (U3PS).

The Academic Staff Union of Universities (ASUU) and other unions had rejected the federal government’s Integrated Payroll and Personnel Information System (IPPIS) for the payment of workers’ salaries.

The JAC of SSANU and NASU chose to develop U3PS instead of ASUU’s University Transparency Accountability System (UTAS).

While presenting the platform to the Minister, SSANU President Mohammed Ibrahim stated that it serves as an alternative to IPPIS, through which all university workers will be compensated.

IPPIS, he claimed, was riddled with irregularities “to the point where our members could no longer stand it and were getting on our nerves.”

“We believe then that since the government said IPPIS was going to be used to fight corruption we should join hands with the government to give IPPIS a trial and we went through IPPIS from the first month to second and third, to fourth and there about it was full of inconsistencies.”

“We looked within us and found out that we have technical and ICT experts that can help us develop an alternative to IPPIS.”

“We believe that all the inconsistencies in the IPPIS will be resolved and this platform is made in such a way that it will accommodate all the stakeholders in the university system, academic, non-teaching staff, and academic technologist, it takes care of every person in the system,” he added.

In response, the minister congratulated the unions for developing the platform and informed that both U3PS and UTAS developed by ASUU will be adopted to improve IPPIS.

Adamu expressed his wish that the platforms could have been developed earlier to save the country the money spent on IPPIS. He said, “I congratulate you for this, the government is always open to new ideas.”

“I congratulate Nigerian intellectuals who can do this, because I know IPPIS is being paid a large sum of money and probably in foreign exchange. So we have experts in our institutions who could do this, I don’t know why they never did it before.

” I am not an expert or know if this is workable or better than the provided by ASUU, but what I know is that in the end, we will probably have to accept a situation where your own may have some edge in a particular area, and UTAS may have an edge in another area and these two can be used to make IPPIS better.”

He also asked the committee to transmit the platform to the finance ministry, noting that the National Information Technology Development Agency would conduct an integrity test on the site before taking any further action.