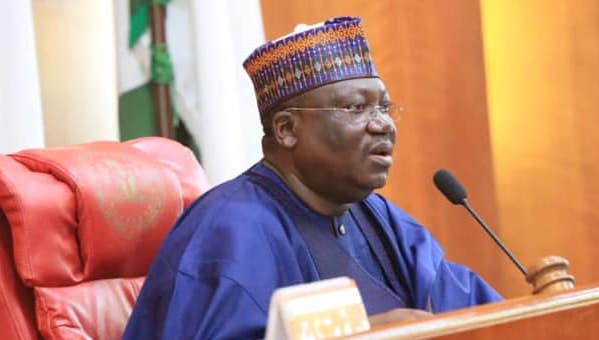 The Senate President, Ahmad Lawan, said on Thursday the National Assembly would ensure the passage of the Petroleum Industry Bill (PIB), amendment of the Electoral Act and Constitution review between January and December 2021.

Lawan stated this when he fielded questions from State House correspondents shortly after President Muhammadu Buhari signed the 2021 budget at the Presidential Villa, Abuja.

He said that efforts would be intensified by the National Assembly to ensure the passage of the PIB before the end of the first quarter of 2021.

The Senate president said the issue of security would also receive serious legislative attention with a view to finding lasting solutions to the security challenges facing the country.

He said: “In the National Assembly, we have three or four critical things to do from January.

“First of all, the Petroleum Industry Bill (PIB) which we intend to work so assiduously to ensure that we pass it within the first quarter of next year, but if we can’t, then, before the end of 2021.

“Similarly and equally important is to pass the Electoral Act Amendment, this is also to ensure that we continue to refine our electoral processes so that Nigerians when they vote, their votes will continue to count, and of course, the Constitution Amendment that we always undertake.

“Security is a major issue and it is something that the executive and the legislature will continue to work together to ensure that we address it. In fact, there is nothing more important than security today in this country.

“We need to work hard and of course resources will be made more available, we believe that with the kind of commitment we have so far shown in the National Assembly to work with the executive on addressing the security challenges of this country and with the commitment Mr. President has also shown, I believe that at the end of the day, we will have a better security environment.”

He assured that the National Assembly would continue to support the president to enable him function properly as Nigeria’s leader.