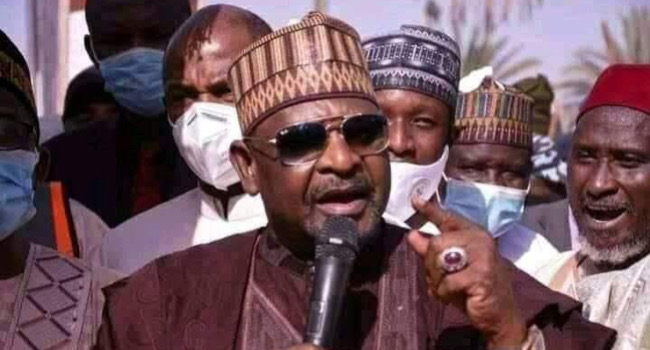 The criticism was made by a chieftain of the main opposition Peoples Democratic Party (PDP) in Bauchi State and former Deputy Senate Leader, Senator Abdul Ahmed Ningi while speaking at a Bauchi Central senatorial zone PDP stakeholders meeting held at the Command Guest House, Bauchi.

He also lamented that the 9th National Assembly under the leadership of Senator Ahmed Lawan is controlled by the presidency.

According to him, “This is the first time in the history of the National Assembly where lawmakers are not challenging the presidency despite the numerous challenges facing the country. I can’t be a Senator and be silent on national issues especially at this time when our country is in critical condition of hardship caused by the APC Government.”

He cited the example of what happened before the 2003 general elections when the then PDP dominated National Assembly commenced impeachment process against then President, Olusegun Obasanjo who was in the same PDP with them.

Read also: NASS not rubber stamp, we only do things differently -Sen Kalu

According to him, “President Olusegun Obasanjo was adjudged to have breached the Constitution of the Federal Republic of Nigeria and we did not hesitate to commence impeachment proceedings against him despite the fact that we belonged to the same political party”.

He opined that a robust, strong and active National Assembly is needed to always positively challenge the presidency for good governance in line with the Constitutional provision of check and balance among the three organs of democracy.