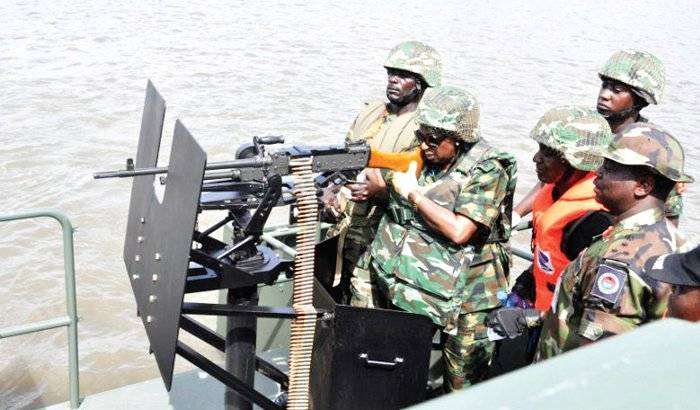 The Nigerian Navy has arrested 13 suspected pipeline vandals and recovered about three million litres of crude oil and diesel in Rivers State.

The Base Operations Officer of the Nigerian Navy Ship (NNS) Pathfinder, Port Harcourt, Umar Sidi, disclosed this to journalists during the destruction of two illegal refining sites in Abise community, Akuku Toru local government area of the state on Friday.

He said the suspects were arrested in Akuku Toru by troops attached to Operation River Dominance, launched by the navy to support the Rivers State government’s campaign against illegal refineries in the state.

Sidi said: “We arrested the 13 suspects since we began the operation on January 18 to support the Rivers State government’s fight against illegal refineries causing soot pollution in the state.

“So far, we have destroyed over 44 illegal refineries and seized 14 large wooden boats and three barges carrying a combined three million litres of both crude oil and diesel.

“Currently, we are gaining more grounds as we dismantle more illegal refining sites in the ongoing operation.”