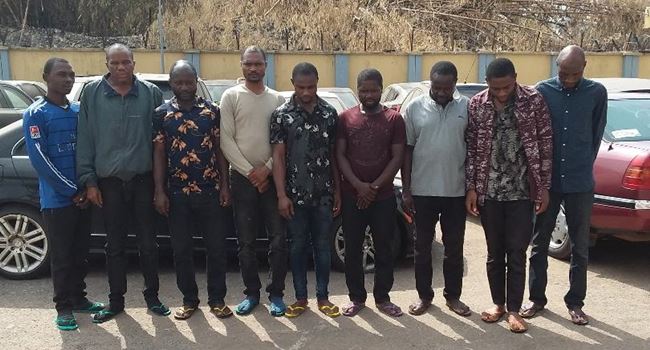 The Nigerian Navy Ship Delta (NNS Delta) has arrested and handed over a motor vessel, MV Salvation and its nine crew members to the Economic and Financial Crimes Commission (EFCC), Benin Zonal Office.

They were arrested for their alleged involvement in illegal oil bunkering.

A statement on Tuesday by the EFCC acting Head, Media and Publicity, Tony Orilade said the suspects were arrested on Monday.

“Captain AV Kujoh, who represented NNS Delta at the handing over of the suspects in Warri stated that the vessel and its crew members were arrested by Nigerian Navy Ship Zaria (NNS Zaria) around Escravos for transshipment of about 50,000 litres of suspected illegally refined automative gas oil, (AGO).

“Receiving the vessel and the suspects on behalf of the EFCC, Richard Ogberagha said the commission would carry out further investigations and ensure that those found culpable were brought to book,” the statement read.