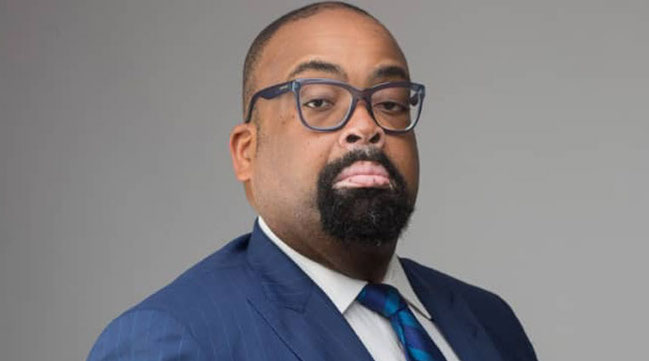 The Nigerian Bar Association (NBA) on Thursday, criticised the decision of President Muhammadu Buhari not to assent to the Electoral Act (Amendment) Bill 2021, calling it “unfortunate.”

This was contained in a statement issued and signed by the NBA President, Olumide Akpata, who said the President failed to demonstrate good faith while exercising his veto powers.

According to Akpata, there was no reason for President Buhari to wait for so long before communicating his decision to the lawmakers.

“The Nigerian Bar Association has received the unfortunate, but unsurprising, news of the decision of His Excellency, President Muhammadu Buhari GCFR to decline assent to the Electoral Act (Amendment) Bill 2021.

“For the following reasons, we join other civil society groups and well-meaning Nigerians in expressing our discontent with the manner of the exercise of the President’s veto.

“The NBA acknowledges that in withholding assent to the Bill, the President merely exercised a prerogative constitutionally available to him within the broader context of the rule of law, which the NBA stands for.

“Nevertheless, we are not convinced that, in the circumstance, the President demonstrated good faith in the exercise of his veto powers. Two interrelated factors account for our stand.

“Firstly, considering the significance of the Bill, one would have expected the Executive Arm of Government to be more directly involved in the legislative process while the Bill passed through the various legislative stages at both houses of the National Assembly.

“The decision to sit back and watch the National Assembly pass the Bill with the supposedly unworkable direct primaries provision did not do justice to the President’s mandate.

“Secondly, we cannot find any justification for the President to have waited until the final moment before communicating his refusal to assent to the Bill.

“We note that the Constitution donates a 30-day period to the President within which to assent or withhold assent to a bill.

“However, the fact that time is of the essence should have dictated that the President treat the Bill with a reasonable measure of urgency especially in the case where the President ultimately withheld his assent.

“Waiting until after expiration of the 30 days, and even taking advantage of an additional day under the Interpretation Act while the entire nation, waited with bated breath, only to communicate a veto, is not consistent with the conduct of a partner in the quest for the needed reform of the country’s electoral process, which should ordinarily be a cardinal point of the President’s agenda, and more fittingly, legacy.

“Further, in view of His Excellency’s personal experiences with the inadequacies of our electoral process, and having repeatedly pledged to strengthen the electoral process, not just in Nigeria, but also across the West African sub-region, the NBA expected more from the President.

“We fail to see how the above actions contribute to strengthening the electoral process.

“In the circumstance, the credibility of the 9th National Assembly is on the line, and the ball is now firmly in their proverbial court to rise to the occasion, and either take the historic decision to override the President’s veto or immediately take the necessary legislative steps to effect any necessary changes and return the Bill to the President for reconsideration.

“Otherwise, the National Assembly risks lending credence to the rumours in some corners that the provisions relating to direct primaries were inserted into the Bill to provide a leeway for the eventual rejection of the Bill.

“With less than 14 months before the next general elections, the NBA calls on the National Assembly to act right and timeously before it is too late”, the statement read.

Buhari begs Nigerians to be fair to his administration