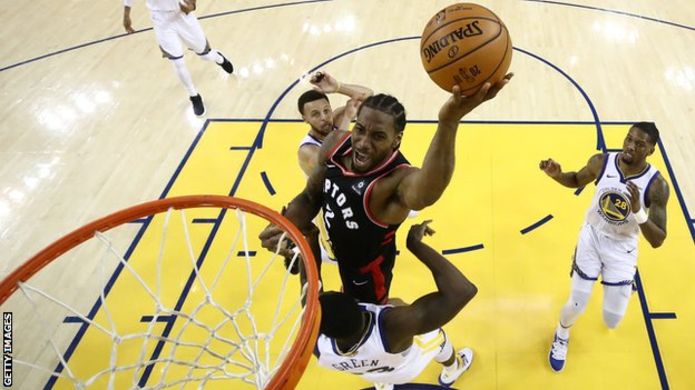 For their first ever NBA finals, the Toronto Raptors are really doing well as they have won two games out of three so far in the 7-game series.

Raptors beat the reigning champions, Golden State Warriors 123-109 on Thursday to take a 2-1 lead in the NBA Finals.

It was Curry’s play-off career-high but it was not enough for his team, who lost in Oakland.

Warrior were however without injured Kevin Durant and Klay Thompson.

The Warriors are attempting to win for the third season in a row, while the Raptors are in their first ever final.

Game four of the best-of-seven series is on Saturday in Oakland.