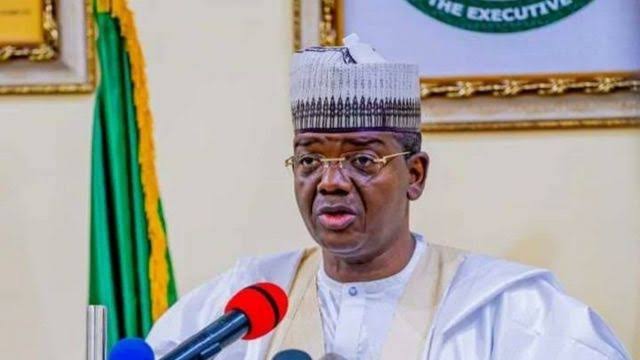 The state government had, on Saturday, through the Commissioner for Information, Ibrahim Dosara, announced the closure of the offices of the Nigerian Television Authority (NTA), Pride FM, Gamji TV and Al’umma TV, on the orders of the Governor for covering political gathering of the opppsition party.

But in a statement on Sunday condemning the action issued by NBC’s Director-General, Balarabe Illela, the agency demanded the immediate reversal of the order, saying the Commission had already drawn attention of the government to the illegality of its action.

“The National Broadcasting Commission has noted with serious concern the illegal action of Zamfara State government by directing the shutdown of operations of licensees of the Commission in the state, on Saturday, October 15, 2022.

“The NBC has clearly notified the state government of the gravity of the illegality and requested it to expeditiously reverse the directive and apologise to the people of the state.

“We also urge security agencies to ignore the call to restrict staff of the affected stations from conducting their legitimate duties. The Commission wishes to further emphasise that it will resist any attempt to cause a breach of law and order anywhere through misuse of the broadcast media in Nigeria, before, during and after the 2023 national elections.

“We call on all industry stakeholders to resist any attempt to truncate the hard-earned democratic gains in Nigeria. Any aggrieved person or institution with genuine complaints arising from unprofessional conduct or action by any licensed broadcaster in Nigeria is hereby requested to follow the laid down processes enshrined in the Nigeria Broadcasting Code.

“The Commission will not relent to discharge its mandate, according to the NBC Act, CAP. NII, Laws of the Federation of Nigeria, 2004. All broadcast licence holders are urged to ensure strict compliance and avoid any action inimical to democratic governance and peaceful coexistence in Nigeria,” the statement stated.