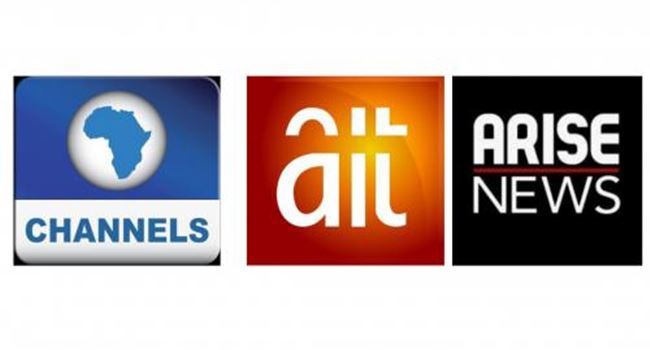 Three television channels, Arise, Channels and AIT have been accused of unprofessional coverage of EndSARS protest and fined N3 million each.

They were accused and fined by the National Broadcasting Commission (NBC).

The NBC claimed that the TV stations were “unprofessional” in their coverage of the EndSARS protests and the crisis that resulted from it.

The acting Director-General of the NBC, Professor Armstrong Idachaba, made the sanction known during a press conference in Abuja on Monday.