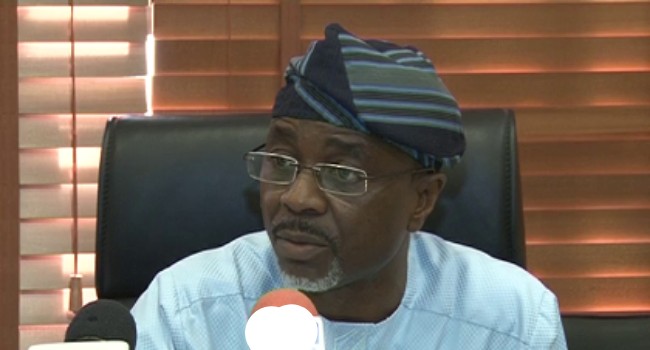 The management of Pinnacle Communications Limited has reacted to a press statement by the spokesperson of the Independent Corrupt Practices and other related offences Commission (ICPC), Rasheedat Okoduwa, over alleged involvement of the company in fraudulent application of N2.5 billion released to it for the Digital Switch Over project.

The management of the company, in a statement issued over the weekend, dismissed the ICPC statement and media reports linking it with the misapplication of the fund as untrue, false and unsubstantiated.

It would be recalled that ICPC has said in the statement issued by Okoduwa that it was investigating the allegation.

The Chief Operating Officer of the company, Dipo Onifade, quoted in the statement, insisted that the firm has always been transparent in all its dealings with the NBC and it has discharged its obligations on the digital switch-over project in compliance with the terms and conditions of the contract.

“To this extent therefore, all transactions between NBC and Pinnacle Communications have always been transparent and within the official approved operational guidelines and regulations as processed and executed by the NBC and in compliance with the terms and conditions of the license for signal distribution that Pinnacle Communications duly obtained”, he said.

According to Onifade, it became necessary to make the clarifications in view of the deliberate omission and distortion in the media reports, which he said were based on the statement purportedly issued by ICPC spokesperson, disclosing that the Commission was investigating NBC, its Director General, Dr. Ishaq Moddibbo Kawu, and other top management staff of the agency over their alleged involvements in the misapplication of the of N2.5 billion seed grant.

Onifade further stated that the firm was awarded the licence in 2014 having emerged the successful bidder out of nine companies that participated in the rigorous public tender and in full compliance with due process requirements.

“Since then, Pinnacle Communications Limited has been a major facilitator of the Digital Switch Over (DSO) implementation process in Nigeria, notably as the broadcast signal distributor for the National Launch of the DSO in Abuja in 2016 at its state-of-the-art Broadcast Centre on Mpape Hill, performed by His Excellency, Yemi Osinbajo, Vice President of the Federal Republic of Nigeria. The Company was also responsible for the Kaduna Digital Broadcast Signal Distribution Centre commissioned in 2017 by the Kaduna State Governor, His Excellency, Nasir Ahmed El-Rufai”, Onifade said.

He said: “The 2014 licensing of Pinnacle Communications in the DSO predates the appointment of the current DG of NBC in 2016”, the company said.

“Pinnacle Communications further maintains that the facts and clarifications provided above sufficiently define the context and extent of its involvement in the implementation of the DSO program in Nigeria and the nature of its working relationship with the National Broadcasting Commission (NBC).

“We wish to clearly emphasise that Pinnacle Communications Limited has not and cannot as a licensee of NBC trespass into the statutory functions of the NBC and/or the Federal Ministry of Information on the implementation of the DSO program.

“Moreover, if truly made, the ICPC statement went beyond mere announcement of on-going investigations into the realm of unsubstantiated incriminations in the fashion of trial-by-media that invariably paints a premature and amateur picture of guilt, prior to judicial determination”, Onifade said.