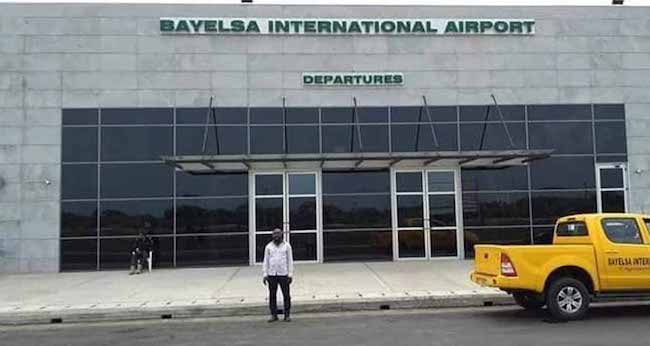 The Nigerian Civil Aviation Authority (NCAA) has approved the commencement of flight operations at the Bayelsa State airport in Yenagoa.

The Chief Press Secretary to the Bayelsa State Governor, Daniel Alabrah, who disclosed this in a statement on Saturday, said the NCAA Director-General, Capt. Musa Nuhu, presented the letter of approval to Governor Douye Diri at the Government House, Yenagoa, after the team completed the mandatory inspection of the airport and its facilities.

Nuhu said the airport met all airspace standards and is one hundred percent ready for daytime flight operations.

According to the NCAA chief, the approval followed the report of the agency’s inspection team which had certified that out of 29 gaps, the airport was able to close 26.

He commended the state government for the quality of work at the airport.

In his response, Diri expressed happiness at the development.

He commended former Governor Seriake Dickson for ensuring that the state has its own airport.

The governor said Dickson started the project, which had been on the drawing board and ensure its completion before handing over to him.

Diri said: “This is a dream come true for our state and our people. I thank God Almighty because this journey had been a winding one from my immediate past predecessor and I have been in the saddle for over a year waiting for this licence. Today, God made it possible.

“I also thank my predecessor, Senator Henry Seriake Dickson. This airport had been on the drawing board but he took the bull by the horns by starting the airport and virtually completed it. May I on behalf of this government and the people of Bayelsa appreciate him.”