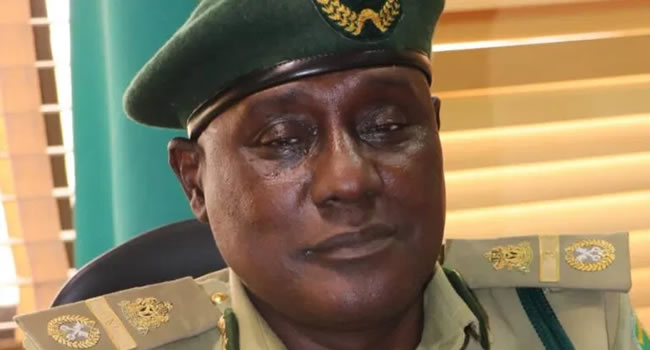 The Nigerian Correctional Service (NCS) has confirmed the attack on the Medium Security Custodial Centre (MSCC) in Kabba, Kogi State, by unknown gunmen in the early hours of Monday morning.

The incident was confirmed in a communique on Monday by the NCS Spokesperson, Mr Francis Enobore, stating that the attack happened at midnight.

According to him, the attackers in their numbers arrived at the custodial centre heavily armed and immediately engaged the guards in a fierce gun battle.

He disclosed that the Comptroller–General of the Service, Haliru Nababa has ordered the immediate activation of a recapture procedure and for a detailed investigation to be carried out, while he led a team to assess the situation.

Also, Nababa appealed to the general public to furnish security operatives with useful intelligence that will assist in recapturing the escaped inmates.

Meanwhile, it was gathered that at the time of the invasion, Kabba MSCC, which was established in 2008 with a capacity of 200, had about 294 inmates in custody, out of which 224 were said to be pre-trial detainees, while 70 were convicted inmates.

A similar attack was also attempted at the correctional centre in Ubiaja, Edo State, but was foiled by security operatives at the facility, while some inmates managed to escape.

The inmates had after breaking out from their cells, engaged the correctional officers in a fight, leaving some of the security personnel injured.