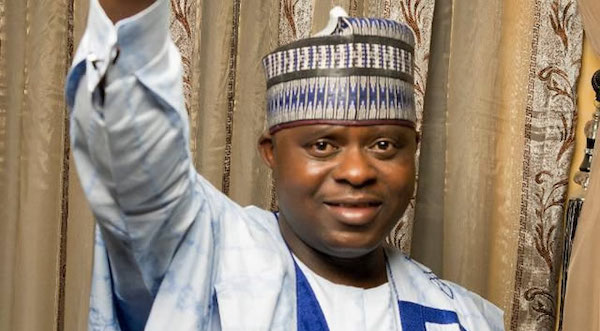 The Nigerian Senate has again refused to recognize the Caretaker Committee of the Niger Delta Development Commission (NDDC).

Chairman Senate Committee on Media and Public Affairs, Senator Godiya Akwashiki, Thursday stated that the Senate would not have anything to do with the committee “because it is not a legal entity.”

While briefing newsmen in Abuja, Akwashiki said the Senate was waiting for President Muhammadu Buhari to inaugurate the newly confirmed members of the NDDC board.

“There is no confusion in the NDDC. Mr. President sent his nominees who are people of impeccable character to the Senate for confirmation to occupy offices in the commission.

“We have done justice and the needful to his nominees. It is not our responsibility to inaugurate nominees.

“There is no confusion in the NDDC. In a short while, the President will inaugurate the nominees.

“In case the caretaker committee refuses to vacate office, the Senate President has said that the Senate Committee on Niger Delta should deal with only the nominees confirmed by the Senate.”

Ripples Nigeria had reported that the Senate on Tuesday insisted that only the NDDC board as confirmed by it could defend the 2019 and 2020 budget of the commission.

The upper legislative chamber refused to have the interim committee led by Joy Nunieh, defend the budget.

Minority Leader, Senator Enyinnaya Abaribe had described the committee as an “illegal contraption” that lacks the backing of law to defend the commission’s budget.

The lawmakers had called on President Muhammadu Buhari to, as a matter of urgency, swear in the Dr. Pius Odubu led NDDC Board.