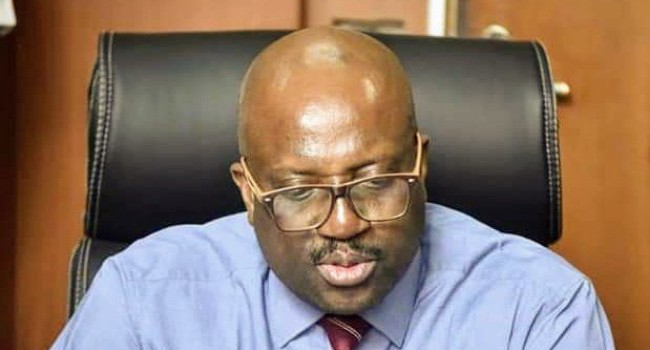 The Acting managing Director of the Interim Management Committee (IMC) of the Niger Delta Development Committee (NDDC) Prof Kemebradikumo Pondei on Monday told the House of Representatives committee probing the commission that he could only give account of N59 billion out of the N81 billion spent by the agency.

According to him, he was not in charge of the agency, when the full sum of N81 billion being probed was spent, and it would not be fair to ask him to give account of the full sum.

On how the fund nder him was spent, Pondei said that a total of N38.6 billion was spent on capital projects and that N35.3 billion of that sum was paid to contractors, who he said, were hired by previous administrations.

He also said that N20.5 billion was spent on recurrent expenditure between February 20, 2019, and May 21, 2020. He said they were backlogs of debts for about three years.

He said that the NDDC under him cleared duty tour allowances which were not paid for three years.

He also said that scholarship fees had not been paid since 2016, and that the NDDC paid N500,000 to each beneficiary.

On claims that NDDC IMC paid themselves with money meant for scholarship, he denied the allegation and said that scholarship payments for beneficiaries were being processed.

He said that payments for the scholarship would be made for students from 2016 till date.

Pondei also said that a road called ‘Infant Jesus’ in Delta State got a large chunk of money approved for it by the NDDC.

On the amount the IMC expended to take care of NDDC staff as COVID-19 palliative, Pondei said a total of N1.32 billion and not N1.5 billion was used to that effect.

He said the committee was wrong to say IMC went on extrabudgetary spending by approving that sum for themselves.

He said that the xompany needed to be cleared to enable local people to identify sites for NDDC projects because during inspection people always find it difficult to identify where the projects are cited.

Pondei later slumped and was immediately rushed to the hospital for necessary attention.

ONDO 2020: Another three aspirants step down for Akeredolu