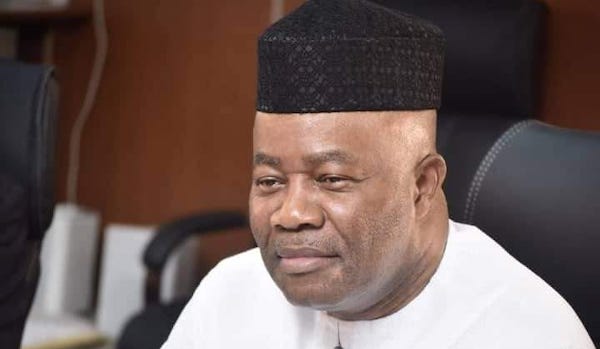 The Senate ad hoc committee probing the alleged misappropriation of N40 billion belonging to the Niger Delta Development Commission (NDDC) has demanded a written explanation from the Minister of Niger Delta Affairs, Godswill Akpabio, on the matter.

The Chairman of the committee, Senator Olubunmi Adetunmbi, who confirmed to journalists on Tuesday that the panel had sent a letter to the minister, said the Ministry of Niger Delta Affairs, Ministry of Finance, Budget and National Planning, and the Office of the Accountant General of the Federation had been asked to submit their memorandums on the matter.

He added that the Central Bank of Nigeria (CBN), Bureau of Public Enterprise (BPE), the NDDC Interim Management and the Commission’s previous boards, among others, are also expected to submit their responses in writing.

The panel also asked the governors of the nine states in the Niger Delta, the Nigerian Financial Intelligence Unit, traditional rulers and contractors to submit memorandums.

He said their written submissions, which will be defended under oath at the investigative public hearing should be submitted not later than June 8.

The Senate had on May 5 set up the seven-man panel to probe the financial recklessness of the Interim Management Committee (IMC) of the NDDC.

The committee was specifically asked to probe the IMC for allegedly squandering N40 billion in three months and seek account for other financial transactions within this period.

Related Topics:AkpabionddcSenate panel
Up Next