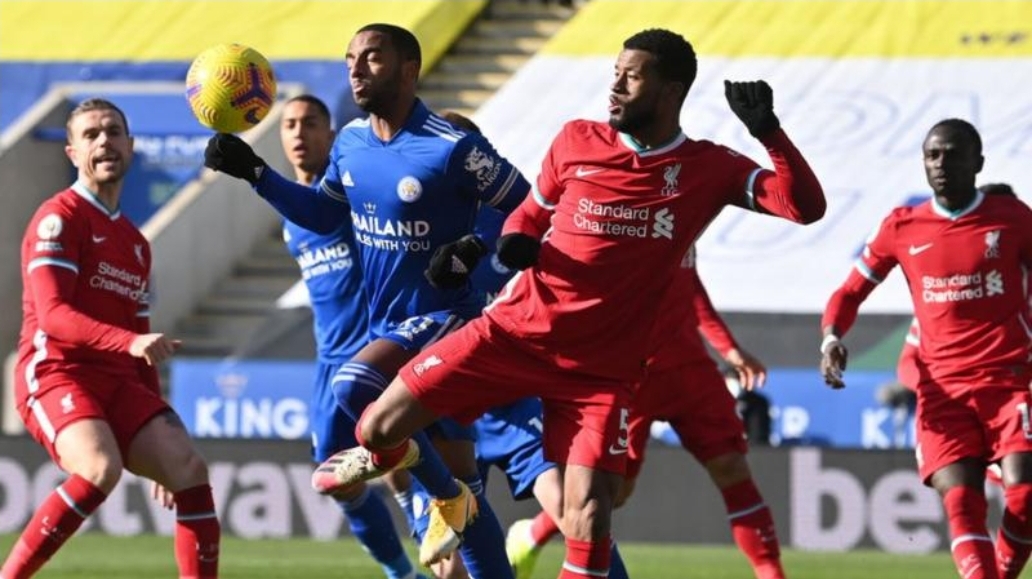 Super Eagles midfielder, Wilfred Ndidi was in action for Leicester City as they pulled off an incredible comeback against Liverpool on Saturday.

In the Premier League encounter played at the King Power Stadium, the Foxes scored three goals in seven minutes as they come from a goal down to win 3-1.

Mohamed Salah had put the visitors ahead in the 67th minute, with the Reds cruising and hoping to restore their title defence race.

But James Maddison drew level 78th-minute after his goal was reviewed by the VAR, and Jamie Vardy took Leicester 2-1 up less than three minutes after.

It was not all, as Leicester continued to push against the Reds, with Ndidi making a superb assist to help Harvey Barnes score on 85 minutes to wrap up the win.

For long periods Leicester were kept out of the game but they took their chances so well late on to climb to second in the Premier League, from points from the top.

Liverpool, who conceded three goals between the 73rd and 83rd minutes against Manchester City in their last league game, had three against Leicester between the 78th and 85th.

The Jurgen Klopp side stay fourth place, a point above fifth and sixth Chelsea and West Ham, who are yet to play this weekend.