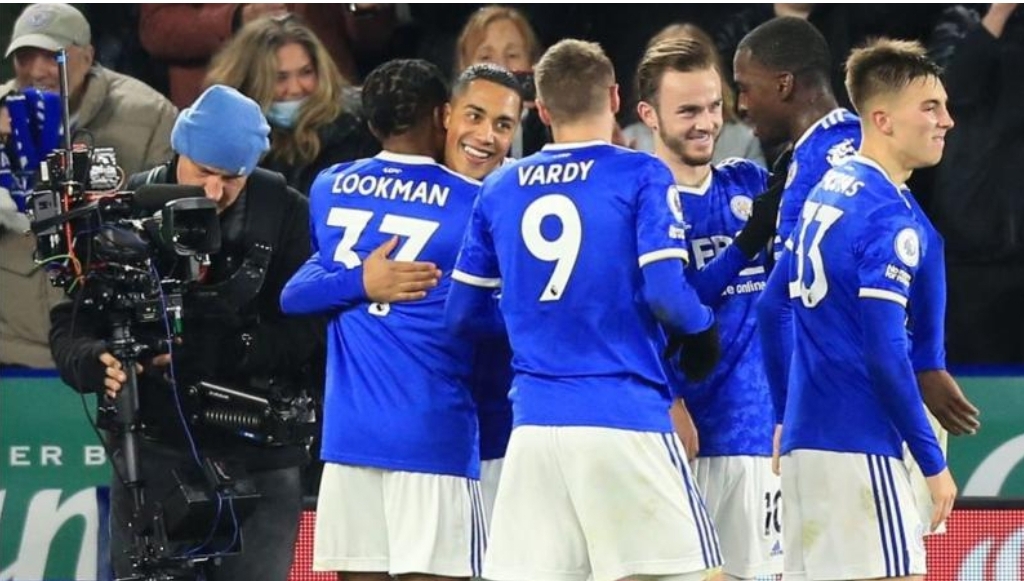 Super Eagles duo of Wilfred Ndidi and Kelechi Iheanacho were in action for Leicester City on Tuesday as they defeated Liverpool 1-0.

The Premier League game saw the Foxes come out on top despite having a lower ball possession percentage and fewer chances at scoring.

Liverpool had their biggest chance in the 15th minute of the encounter when they were awarded a penalty and Mohamed Salah had the spot-kick saved by Kasper Schmeichel and the rebound headed off the bar.

After a goalless first half, it was a 59th-minute effort by Ademola Lookman that made the difference.

The defeat leaves the Reds six points off the top of the Premier League table behind leaders Manchester City.

Liverpool could drop down to third on the table before the weekend if Pep Guardiola’s City beat Brentford, and Chelsea at least draw with Brighton, on Wednesday.

Earlier on Tuesday, Tottenham were held to a 1-1 draw by Southampton, Crystal Palace thrashed Norwich City 3-0 while West Ham came from behind to beat Watford 4-1.

Dominic Thiem pulls out of Australian Open with wrist injury