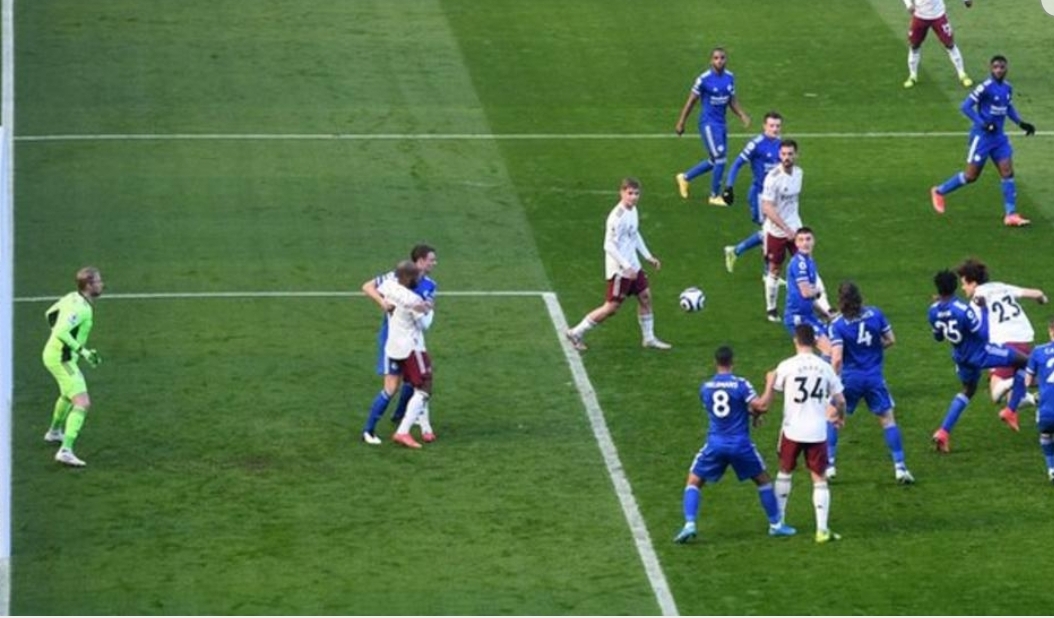 Wilfred Ndidi and Kelechi Iheanacho were in action for Leicester City in their 3-1 home defeat to Arsenal in the Premier League.

The Nigeria internationals were in action throughout the game, as the Foxes went from a 1-0 lead to conceding three goals from their visitors.

The defeat for Leicester was a big blow to their race for the title this season, and was coming in the back of their exit from the Europa League.

The Brendan Rodgers side were stunned by Slavia Prague at home last Thursday, losing 2-0 to the Czech Republic club in the round-of-32 stage.

In another Premier League played concurrently, Fulham held their hosts Crystal Palace to a goalless draw.

Super Eagles duo of Josh Maja and Ola Aina were in action for Fulham, and helped their side extend their unbeaten run.

Maja and Ademola Lookman were caged in the final third as Fulham were held at the Craven Cottage, even though they dominated possession.

Fulham continue in their race to safety. The draw helps them move within three points of safety, while Palace stay 13th on the table.