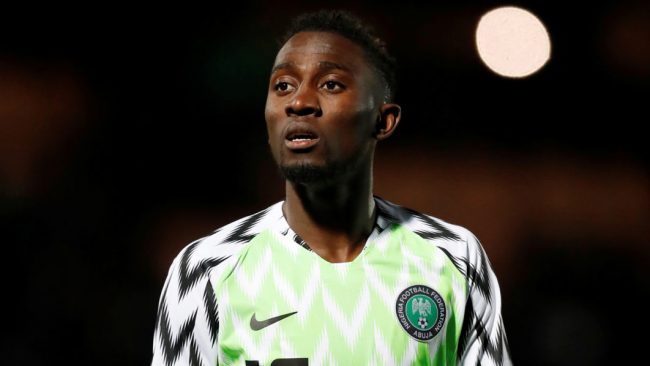 Super Eagles star, Wilfred Ndidi has been named alongside five other players as contenders for the 2018 CAF Youth Player of the Year Award.

The Leicester City midfielder, who has continued to prove his worth with the Foxes, was recently ranked as the 20th best passer in the English Premier League.

Ndidi helped Nigeria qualify for the 2018 FIFA World Cup in Russia, and went on to play in all three group games at the finals, giving his best for the team.

He was also instrumental in the team’s recent qualification for the 2019 AFrica Cup of Nations (AFCON).

The last Nigerian that won the youth player award was Kelechi Iheanacho in 2016.

The CAF Awards 2018 Gala to honour footballers and officials who distinguished themselves during the year under review, will be held on Tuesday, 8 January 2019 in Dakar, Senegal.

Nominees for CAF Youth player of the year