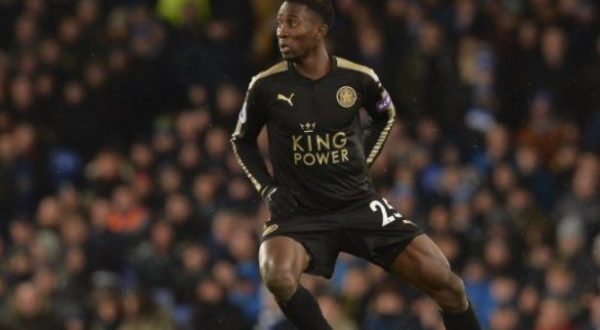 Super Eagles midfielder, Wilfred Ndidi was sent off for the second time in his Leicester City career as his side left two late goals to seal victory at Brighton in a Premier League clash on Saturday.

The Nigeria international, who was making his 31st league appearance with the Foxes, got sent off in the 87th minute after committing a foul on Shane Duffy which earned him a second yellow card.

His compatriot, Kelechi Iheanacho, who broke his hand during Super Eagles World Cup friendly against Poland last week, was an unused substitute in the game.

After playing goalless through the first half and deep into the second, Foxes keeper Kasper Schmeichel saved a penalty from Brighton striker Glenn Murray, before Vicente Iborra headed Leicester ahead on 83 minutes.

Jamie Vardy then sealed the victory on added time, to keep Leicester on eight while Brighton dropped one place to thirtennth.

The victory at Old Trafford also dented Swansea’s survival hopes, who remain fifteenth on the table with 31 points from 31 games.

From Alexis Sanchez’s pass, Lukaku fired United five minutes into the game with the aid of a deflection, before the Chilean doubled the advantage on 20 minutes as the hosts dominated.

The visitors improved after the break, Tammy Abraham twice denied by David de Gea, but the Red Devils were always in control.

In the other Premier League games played at same time on Saturday, Newcastle United pipped Huddersfield Town 1-0 with a late goal by Ayoze Perez.