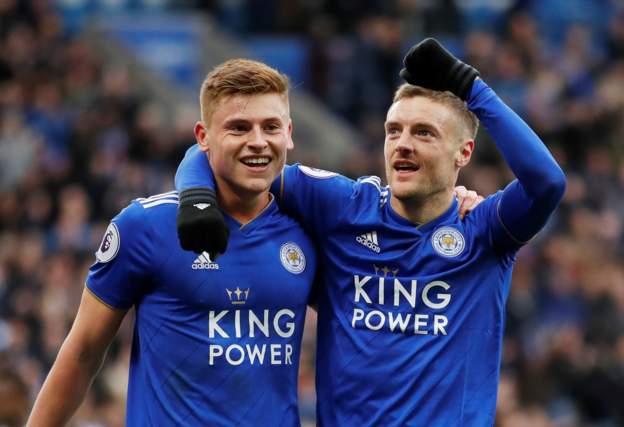 Super Eagles midfielder Wilfred Ndidi was in action for Leicester City as they overcame Fulham in a 3-1 victory in the Premier League.

Kelechi Kelechi Iheanacho was an unused substitute in the encounter at the King Power stadium.

A brace by England striker, Jamie Vardy helped the Foxes to the victory and also reached a century of goals for the club.

It was a first win for new manager Brendan Rodgers as his side pushed Fulham closer to relegation.

Youri Tielemans had put the hosts ahead in the 21st minute from a Vardy assist, before substitute Floyd Ayite’s scrappy equalised for the Cottagers six minutes after the break.

Vardy then scored from James Maddison’s perfect through ball with 12 minutes left, and added the third for Leicester after 86 minutes.

Elsewhere, Tottenham suffered yet another defeat to dent further their race to the Premier League title.

Spurs squadered a one-goal lead and fell to a 2-1 defeat at Southampton.

Two late goals in five minutes earned Southampton the incredible victory, with Yan Valery and James Ward-Prowse securing the win for the hosts.

England captain, Harry Kane had put Spurs ahead in the first half with a goal that marked as his 200th career goal.