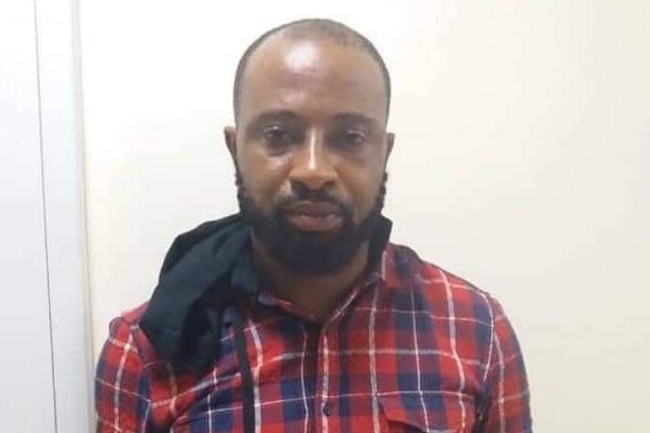 Rev. Ekwem, who was arrested, last week, at the Murtala Muhammed International Airport for drug peddling was reportedly on his way to a three-week crusade in Nairobi, Kenya.

According to a statement by the NDLEA spokesman, Femi Babafemi, released on Sunday, the cleric was nabbed with 54 sticks of drugs wrapped around his body on an Ethiopian Airlines flight to Nairobi via Addis Ababa on Monday, March 7.

Babafemi stated that when the drugs were tested, the 54 sticks proved positive to cannabis.

He added that the clergyman confessed during a preliminary interview that he packed that quantity of illicit substance on his body to use during his three weeks crusade in Kenya.

The Reverend reportedly has his church headquarters in Isuaniocha, Mgbakwu road, Awka, Anambra State with two branches in Lagos and Abuja.

The statement reads partly, “On the same day, another passenger, Nnakeanyi Chukwuka King who arrived the airport on Ethiopian Airlines flight from Sao Paulo, Brazil via Addis Ababa was intercepted during the inward clearance of passengers at the E-Arrival Hall of the MMIA. During a search of his luggage, forty (40) parcels of Cocaine concealed inside bottles of body cream with a gross weight of 9.70kg were recovered from the suspect.

“Three days later, Wednesday 9th March, another passenger on Ethiopian Airlines flight to Italy, Mr. Edo Blessing was intercepted at the Departure Hall of the airport with 2, 090 tablets of Tramadol 225mg and Flunitrazepam. The suspect who hails from Edo state but lives in Italy claimed ownership of the recovered psychotropic substances.