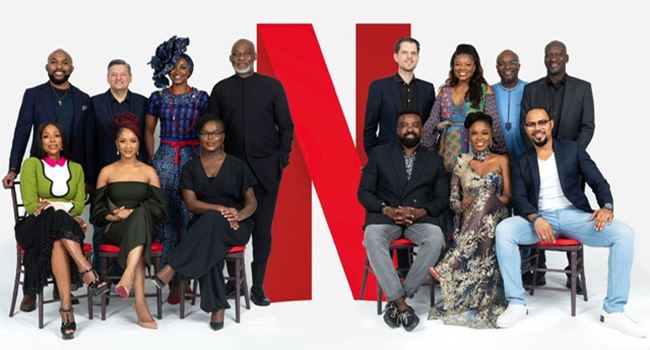 On Tuesday, February 25, 2019, Twitter’s 270 million user community welcomed a new handle, Netflix Naija. In less than 48 hours, it pulled over 17k followers with just 4 tweets as at press time.

It is interesting to see the “baby account” already operating as a Twitter verified handle, a feat that many have always attached some celestial conditions with to achieve. More so, ace actress Adesua Etomi Wellington, who, according to her bio tab, joined Twitter in 2010 with a pool of over 230k followers, has not been verified as at press time.

While reports announcing the emergence of the handle have suggested that Netflix might be on a promotional stunt for its bigger brand, analysts, however, are seeing beyond this.

With such aggression and determination to get things set and running, analysts see, instead, a new competition brewing for onward disruption of the movie Nigerian industry, Nollywood.

Existing local players might have to fight the hawk hovering its market or risk losing some of its curious chicks to an unpredictable, calculated market encroach(er).

From the poster shared on its timeline, its obvious that Netflix has secured the loyalty of some major industry players. There is method in the madness of the number 14 as it listed 14 veterans where Kate Hanshew, Banky W, Ramsey Nouah, Kunle Afolayan, Mo Abudu were among those who made the list.

While the existing 60k Nigerian users on the video on-demand platform will be a good figure to start with, Netflix Naija might be the 2020 distruptive startup for the Nigerian movie industry, and IrokoTV might have to go into the ring all again to prove its strength for market shares.

Following the trend on foreign encroachment in business and education, foreigners and their ventures have always played better considering factors as better access to funds, gadget and a good number of accelerator schemes to leverage on.

When BBC launched its Yoruba and Igbo language services in February 2018, it was easy for it to penetrate and perform comparatively better than Nigeria’s agelong NTA Network.

Like the BBC, Netflix might just be storming the space to ride on successes built by existing players while sweeping the market with a flood of its offerings.

If like BBC, a management is formulated and infrastructures invested into, we just are close to having another movie board directorate in Nigeria to create further factions in the industry.

With the Big 14 starters of the project, should we expect more in the days ahead, or are we just overthinking on possibilities?