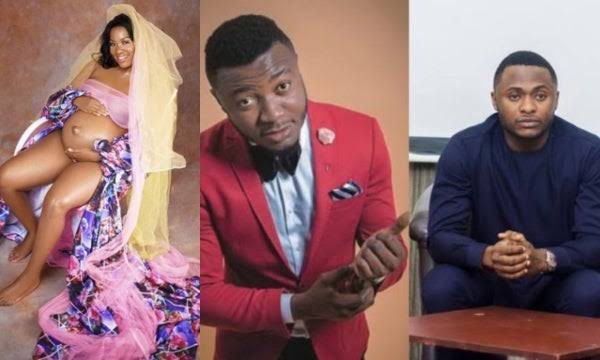 Sandra Iheuwa, who claims to be carrying the fourth child of Tripple MG (MMMG) label boss, Ubi Franklin, has taken to social media to thank musician MC Galaxy for settling the N4 million debt owed by the father of her unborn child (Ubi).

The mother of two, took to her Instagram page to share a picture of the singer thanking him for reaching out to her when she wrote thus; “This is an appreciation post to @mcgalaxymcg thank you for stepping in and paying what was owed to me. To be honest I have never received money in millions from a man except my dad you happened to be the first. Also kinda nice we share the same birthday 😁 y’all help me thank Mcgalaxy na man you be o 💪💪

Recall that Sandra had earlier dragged her estranged lover over the debt on her Instagram page.

According to her, she gave Ubi Franklin the sum of N8 million in 2017 to support his business, child support and other things, when they first met in America, but she claims that the father of her unborn child is yet to pay up the balance of N4 million, which is overdue for payment since March 2019 in line with an agreement they both had.

She also alleged in her post that Ubi Franklin has been going around tarnishing her image since December 2018, paying bloggers to write fake stories about her to save his image.

Sandra (a single mother of two) had claimed she has been in a secret relationship with Ubi and even went further to reveal that she was expecting a set of twins for him but she lost one of them in early March.