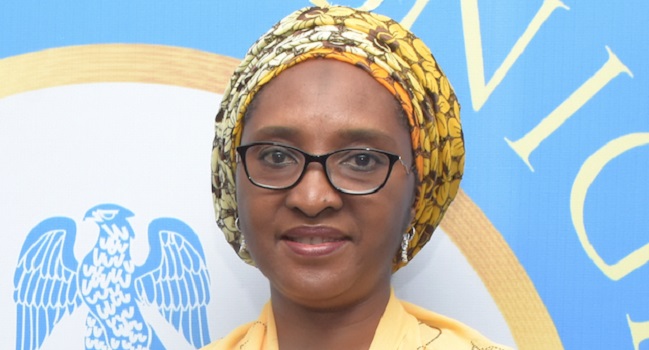 The recently passed Finance bill will come into operation on the 2nd of January, 2020, the Minister of Finance, Budget and National Planning, Zainab Ahmed has said.

The minister, who disclosed this on Wednesday at the PwC Executive Session on Finance Bill and Tax Strategy, also said that the bill would be up for review annually.

The review, according to her became necessary as the Federal Government planned to grow the ratio of revenue to Gross Domestic Product from six per cent to 15 per cent by 2023, with a greater percentage of revenue coming from non-oil sources.

Ahmed also promised that government would engage stakeholders annually to include the outcome of the deliberations in the finance bill.

Continuing, the minister noted that though the components of the bill might not suit businesses in the short run, there were long-term benefits as the Federal Government was working on tax regime that would stabilise the economy.

“One of the biggest challenges of all is our high dependence on oil for our economic activities, fiscal revenues and foreign exchange earnings.

“In 2016, Nigeria fell into recession due to its vulnerability to oil. Although the oil and gas sector accounted for just about 10 per cent of the GDP, it represented 94 per cent of export earnings and 62 per cent of government revenues (federal and state) in 2011-2015.

“This narrative is changing but we still have much more to do to get to our desired revenue to GDP ratio of 15 per cent by 2023, which we anticipate to come from non-oil revenues. We must grow our tax to GDP ratio from the current six per cent as of 2018.”

Ahmed, who further noted that the country was on track to further improve tax to GDO ratio based on the non-oil revenue performance as of June 2019, added that though the country is improving, it is still below the sub-Saharan Africa average of about 19 per cent.